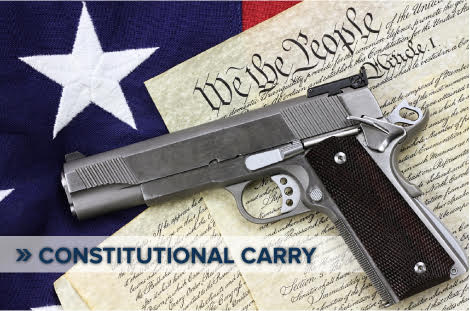 Gun Owners of America tells Representatives to resist pressure from the House leadership — and to give their support to Constitutional Carry reciprocity.

Pro-gun congressmen are being pressured to back off of an amendment to protect Constitutional Carry states in connection with H.R 986, the concealed carry reciprocity bill sponsored by Rep. Richard Hudson.

On behalf of more than 1.5 million law-abiding gun owners, I am writing to tell you that a reciprocity bill that only protects the residents of anti-gun states, but not pro-gun states like Vermont, would be unacceptable to our membership.

The only acceptable concealed carry reciprocity bill is one that protects the over 20% of states which have enacted Constitutional Carry.

The Second Amendment community has played a major role in delivering control of the Senate and the House to the GOP.

Please do not think that it will now benefit you to betray your base and to hand key decisions with respect to Second Amendment issues to the anti-gun members of your party and your body.

This is not a fleeting issue. More and more Americans are demanding that their state honor the Second Amendment.

Please do not betray these states on behalf of opponents of the Second Amendment.

Please insist that Constitutional Carry language is included in any reciprocity bill that comes before the House.