Written by Fred Lucas of The Blaze Published: 02 March 2015

The White House on Monday defended the Obama administration’s move to ban certain bullets used in a wildly popular rifle, a proposal that has stirred opposition from Second Amendment advocates and a prominent member of Congress.

The Bureau of Alcohol, Tobacco, Firearms and Explosives is considering a ban on M855 ball ammunition, which pro-gun groups have said is among the most popular cartridge used for the AR-15 rifle and is frequently used for sporting purposes like hunting, because of its so-called “armor-piercing” capabilities….

Gun Owners of America spokesman Erich Pratt called it an attempt to do through executive branch regulation what the White House couldn’t get done in Congress. 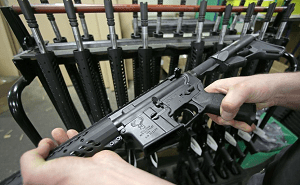 “In 2013, the administration lobbied hard to get Congress to ban AR-15s and other similar semi-automatic rifles. But even in a Democrat-controlled Senate, anti-gunners could only muster 40 votes, a clear minority,” Pratt told TheBlaze Monday. “So the proposed ATF ban on M855 ammo is simply an attempt by the Obama administration to make an end-run around the Congress. After all, if it can ban a common cartridge that is used for the AR-15 rifle, then it can substantially drive up the cost of using the firearm.”