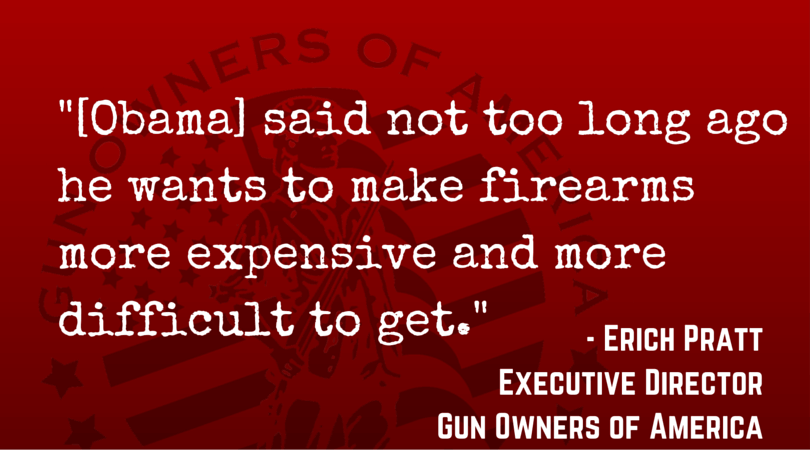 Gun Owners of America is encouraging Congress and state legislatures to stop President Obama’s efforts to destroy the firearms industry by cutting off all credit and banking relationships with them.

A gun-rights organization is encouraging Congress and state legislatures to stop President Obama’s efforts to destroy the firearms industry by cutting off all credit and banking relationships with them.

A growing number of gun-related businesses have complained they are being discriminated against by banks and credit card processing companies. Now the National Shooting Sports Foundation has launched an effort in several Republican-led legislatures over the past year seeking to restrict discrimination by financial institutions. In fact, lawmakers in Georgia, Kansas, Alabama, and Missouri are considering legislation to respond to “Operation Choke Point,” the effort started by the Justice Department in 2013.

“It arises from the president’s animus against firearms makers,” argues Erich Pratt, executive director of Gun Owners of America. “In fact, he said not too long ago he wants to make firearms more expensive and more difficult to get – and Operation Choke Point was part of that.”

The GOA spokesman says Congress has been involved in this issue as well, and that his organization is supportive of any and all efforts aimed at rescinding Operation Choke Point, which Pratt contends is being used by the president to destroy the Second Amendment.

Homeowner shoots suspect in the face after attempted home invasion