The Right to Defend Your Family is a “Pro-Life” Value

USA Today isn’t exactly a close ally of either the pro-life or Second Amendment movements. So it’s not surprising that on the anniversary of Roe v. Wade, the newspaper published an opinion piece by Pastor Rob Schenck trying to pick a fight between the two communities.

That’s not going to happen.

Each of our movements is highly diverse.  Not every pro-gun advocate is anti-abortion — or vice versa.  But it’s generally true that legislators who respect life also respect the Constitution. 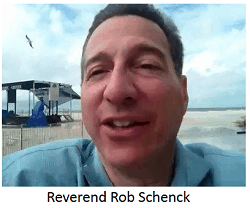 The fact is that guns maximize human life:  According to the (not pro-gun) Centers for Disease Control, “defensive gun uses by victims are at least as common as offensive uses by criminals, with estimates of annual uses ranging from about 500,000 to more than 3 million per year.”

The gun control crowd has twisted itself into pretzels trying to refute this fundamental truth.  One study falsely argued for the danger of guns in the home by putting forward fifteen cases.  Fifteen! Another compared offensive and defensive gun uses, but excluded people who merely brandished a gun to protect their homes and families from burglaries and home invasions.

Schenck laments the tragedies in Brooklyn, Newtown, and Aurora.  And these are tragedies indeed.  But the one thing all of these venues have in common is that guns are completely banned.  The shooter could kill people with the assurance that no civilian bystander could shoot back.

In France, guns are essentially banned.  AK-47’s are very, very illegal and concealed carry is not allowed.  But that didn’t stop two terrorists from getting these firearms and using them for a massacre that drew the world’s attention to their vile cause.  Now, it appears that there are over 1,000 Syrian-trained terrorists in France — almost all of them presumably armed.  And the unarmed French people are sitting ducks.

So, USA Today, good try:  You did your best to create new enemies for the Second Amendment.  But most pro-lifers know who the movement’s real enemies are.  And a factually challenged disingenuous article isn’t going to change that.

Erich Pratt the Director of Communications for Gun Owners of America, a gun lobby that represents more than one million members and activists.