Newly released FBI crime statistics show that the number of murders committed by all rifles dropped significantly in 2018 while newly released data from the Department of Justice strongly suggests that the government’s bump stock ban has been a complete failure. 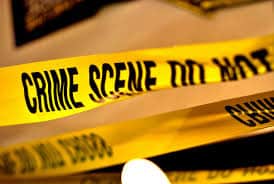 The new FBI data showed that all murder dropped by 6.2% in 2018 and that gun murders also dropped by 6.7% in 2018. Specifically, murders committed by all types of rifles combined dropped by a staggering 23.9%…

The data on the bump stock ban from the DOJ was obtained by The Washington Times, which reported that “between the issuance of the final rule banning the devices in December 2018 and April 4, 2019, shortly after the prohibition took effect in late March, 582 bump stocks were ‘abandoned’ to the Bureau of Alcohol, Tobacco, Firearms and Explosives, according to Justice Department records, and 98 bump stocks were kept as evidence.”

The Times, which obtained the information via a Freedom of Information Act (FOIA) request, noted that the Trump administration estimated that there were up to “520,000 bump-stock-type devices … in circulation” when the administration banned the firearm accessory…

The Times further noted that Erich Pratt, senior vice president of Gun Owners of America, “predicted that the compliance rate would be even worse if the government ever bans actual firearms, rather than accessories such as bump stocks.”

Pratt warned President Donald Trump that his bump stock ban “will not garner one vote from the anti-gun left but may work to lose supporters from his base” and that this action by his administration potentially could open the door to banning all semi-automatic firearms.