GOA’s Grassroots at Work Around the Country

Virginia is Ground Zero in the fight against gun control this year. And gun owners are rising to the challenge. 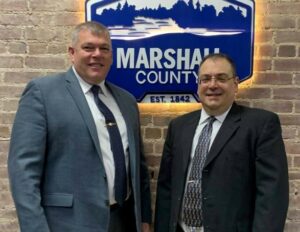 Over 100 counties, cities and towns have declared themselves to be Second Amendment sanctuaries in Virginia. And more are expected to join them very soon.

Gun Owners of America has been assisting the state gun rights group — Virginia Citizens Defense League (VCDL) — in promoting these sanctuaries throughout the state.

In county after county, thousands of concerned Virginians have been showing up to county Board of Supervisor meetings to demand protection from the Governor’s gun confiscation plans — and the crowds are breaking attendance records in the process.

The threat of gun confiscation is real.

At a November 6, 2019 press conference, a Washington Post reporter asked Governor Northam whether he supported confiscating “assault” weapons from gun owners. “That’s something I’m working [on] with our secretary of public safety,” he said.

GOA has also been actively pushing sanctuary counties in the nearby states of Pennsylvania and Kentucky.

GOA working in Pennsylvania and Kentucky

Dr. Val Finnell, Pennsylvania GOA Director, travelled to Kentucy in an effort to bring the sanctuary movement to the Blue Grass state.

This is his report on our work in pushing Second Amendment Sanctuary Counties (SASOs) in Kentucky and Pennsylvania:

Marshall County, Kentucky is blazing a new trail in the Bluegrass State as the first county in the Commonwealth to consider a Second Amendment Sanctuary Ordinance.

Judge Executive Kevin Neal wants to “stand in the gap” and protect the citizens of the county from unconstitutional gun control laws, whether in Washington or Frankfurt.

After seeing GOA’s model ordinance, Judge Neal scrapped the former resolution being considered in favor of an actual ordinance with teeth.

I testified before the Marshall County Fiscal Court on December 17th in support of the SASO ordinance in front of a large crowd of supportive local residents.

The ordinance will be voted upon at the January 8, 2020 Fiscal Court meeting.

The 2A sanctuary movement is also expanding into Pennsylvania.

Spurned on by what is happening in Virginia, citizens are banding together to form the initial phases of a SASO tsunami in the Keystone State.

Some 20 counties have citizens organizing SASO campaigns using GOA’s model ordinance. Pike County activists have over 1,600 signatures and are the furthest along.

If you live in Pennsylvania, be sure to get involved by contacting me here. Also, please like the Facebook page dedicated to Pennsylvania SASOs and sign the online petition.

Gun owners can go here to find a resolution (drafted by GOA’s attorney) that you can present to your local Board of Supervisors.

This draft resolution can be edited to best suit the needs of the county. But the advantage this language has, over other resolutions, is that is has “teeth” — that is, it contains penalties that would punish any official who helps to enforce gun control in a county.

GOA lays out a vigorous defense of sanctuary counties

The anti-gun left has not taken kindly to the outpouring of opposition to gun control in Virginia.

Incredibly, Democrat lawmakers are bullying police and county supervisors in the Old Dominion with all kinds of threats — including arrest and prosecution if they support 2A sanctuary counties.

GOA responded by penning an oped column in one of the largest papers in the state. The editorial, which ran in the Roanoke Times, succinctly shows why sanctuary counties do NOT violate state law:

The real undermining of the “Rule of Law” is the effort by Gov. Northam and his administration supporting bogus laws that would imprison Virginians for simply possessing common firearms that are still legal to own and possess in all 50 states!

You can click here to read the entire GOA column.

Share the article with your pro-gun community, and if you live in Northern Virginia, please share this with your county Board of Supervisors. (You can download a listing of their names and email addresses here.) 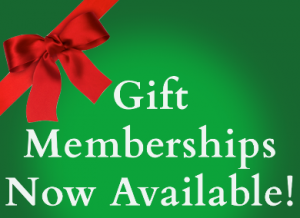 If you still need a gift for that hard-to-shop-for relative or friend, look no further than GOA’s gift membership. Simply click here or on the graphic to give a one year or a Life Membership. Help defend your 2A-protected rights while you celebrate during the holidays!

In other news, no one was shocked when the anti-gun left called for more gun control in the wake of the recent Naval base shooting in Pensacola, Florida.

Hammond forcefully challenged the ineffectiveness of gun-free zones in his column which found over 80% of readers agreeing with his position.

Go here to read Hammond’s article and to vote “Strongly Agree” with his position in the USA Today poll. 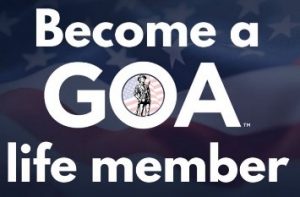 You still have less than two weeks to get a GOA Life Membership at the charter rate of $500! Become a Life Member today before prices increase in January, 2020.

Pro-gun Dickey amendment is preserved, but there’s a catch

More recently, GOA alerted you about the liberal push to fund anti-gun studies with your money.

As of Tuesday morning, every Leftist news outlet in Washington was trumpeting the death of the pro-gun Dickey amendment — which prevents taxpayers’ funds for gun control advocacy — and the defeat of the gun lobby.

But as GOA’s Legislative Counsel Michael Hammond reports, the truth, as usual, was much more nuanced. And thanks to the untiring work of Representative Kay Granger (R-TX) and Representative Tom Cole (R-OK), the Dickey Amendment remains in law, at least on paper.

The Centers for Disease Control and the National Institutes of Health will look into “gun violence” — presumably through a liberal lens.  But the Dickey Amendment will continue to prohibit explicit advocacy of gun control.

True, the difference between “research” and “advocacy” may turn out to subtle — or nonexistent — but we would very much prefer to have the Dickey Amendment than not to have it.  And you can be sure that anti-gunners moved heaven and earth to try to consign the actual language of Dickey to the trash bin of history.

So…  $25 million for gun violence research by an anti-gun agency is certainly not a monumental victory for the left.  But neither is it the defeat for gun owners which MSNBC and The Washington Post have portrayed it.

So Hammond concludes: “The ‘gun lobby’ is alive and powerful — powerful enough to stop the efforts of every major institution in Washington to physically remove Dickey from the lawbooks.”