Why the Georgia Senate Runoff Elections are So Important

Recently, NBC News anchor Lester Holt asked Joe Biden about his priorities for the first 100 days of his “administration.” 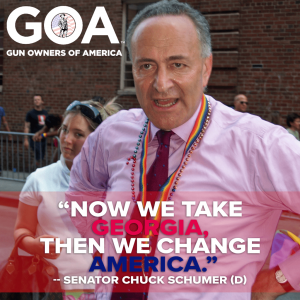 What do you think he listed first?

Ending the coronavirus epidemic?  Getting the disease ravaged economy back on track?  Repairing a health care system destroyed by ObamaCare?

No, Biden’s first priority is to add 11,000,000 Democrat-leaning illegal aliens to the voting rolls.

We saw what happened to California when 3,000,000 illegal aliens were given the vote in 1986.  In many major races, California Republicans don’t even have a spot on the general election ballot.

The state which elected conservative Senator S. I. Hayakawa as late as 1978 has gone completely to the far left when it comes to guns — and everything else.  The result has been such a disaster that, despite its climate and natural beauty,  people don’t want to live there anymore — and are leaving in droves.

There’s a lesson here:  No matter what they claim, at the top of the Democrats’ priorities is not climate or health care or civil rights.

At the very top of the Democrats’ agenda is … power.

And if anti-gun Leftists Raphael Warnock and Jon Ossoff are elected in the January 5 runoff to fill Georgia’s two Senate seats, Democrats will make sure the GOP and Second Amendment supporters never regain power in Washington again:

Which brings us back to Georgia.

At least four major Democrat groups are currently working to get Northern Democrats to move to Georgia for a day, vote, and then leave.   This is not only fraud; it is a felony — for the fraudulent voters, and for the slimy groups encouraging them.

But GOA has been on the ground in Georgia for weeks — educating and mobilizing voters to get engaged. 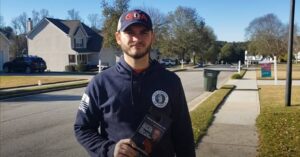 GOA has been “on the ground” in Georgia for weeks, knocking on doors and distributing literature in favor of pro-gun Senators in Georgia.

We need your help. We need to mobilize Georgia’s pro-gun voters in droves — and you can help do that!

Yes, we need people to come to Georgia to help knock on doors. But even if you can’t go to the Peach State this month, there are other ways you can help:

[ ] Make phone calls from your home (anywhere in the country)

[ ] Donate to help GOA mobilize even more volunteers for Kelly Loeffler and David Perdue. For contributions of $50 or more to this effort, GOA will send you a Limited Edition GOA Christmas ornament.

Remember this:  If we win the runoffs, we have a chance of destroying a potential Biden presidency by blocking his agenda in the Senate.  Sure, Biden has “a pen and a phone.”  But, as we saw in 2017, “executive actions” can usually be easily reversed once we regain power.

And it looks like pro-gunners have a good chance of retaking the House in 2022.  And a “Biden administration” — if nullified by pro-gunners — may have a difficult time getting reelected in 2024. 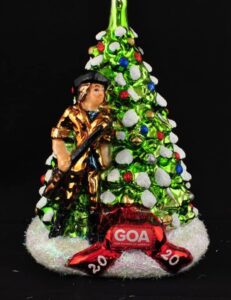 So, in the next five weeks, work like the future of the country depends on it.

Please consider making phone calls from your home to help educate and mobilize Georgia voters for the upcoming Senate elections.

P.S. Don’t forget that for those who donate $50 or more to our get-out-the-vote efforts in Georgia, you will receive a Limited Edition GOA Christmas ornament!

GA: What Possible Election Fraud Could Mean for Your Gun Rights