GOA is Meeting with Senate Offices

“Gun Owners of America mounted a swift, strong opposition to both the House bill and Senate framework.” Open Secrets, June 14, 2022

“It’s a sign of just how hard it will be for Republicans to hold on to the support they have and expand it, as outside groups like Gun Owners of America and others whip up supporters against the framework.” CNN, June 13, 2022

GOA staff are meeting with Senate offices and working to get Senators to oppose the bipartisan gun deal. 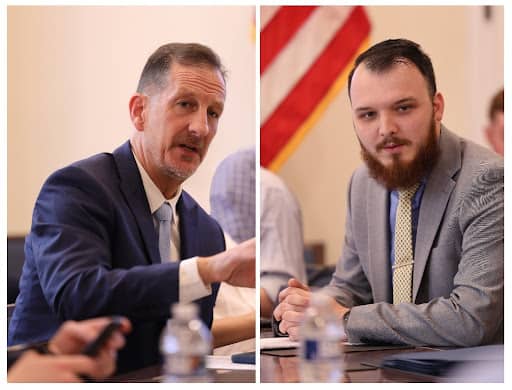 While we’re working on Capitol Hill to destroy this gun control nightmare, we need GOA members like YOU to keep hammering your Senators with letters.

But we’ve decided to change up our grassroots strategy to maximize its effectiveness.

So, if you’re in an anti-gun state with two Democrat Senators and worried that the message in your pro-gun letter will fall on deaf ears, you still have a key role to play in alerting the Senate.

Please add your name to our pre-written letter to your two Senators to STOP the largest gun control legislation in 30 years.

Republicans think a red wave is coming in November. With inflation out of control and Joe Biden less popular than cockroaches, Republicans are convinced they can shred the Second Amendment and still cruise to victory.

We need to show them they’re dead wrong.

And whether a Republican is up for re-election this November or not, they’ll still care about damaging their party’s prospects of flipping the Senate from Kamala’s control.

In fact, just the other night, Tucker Carlson told his 3 MILLION nightly viewers about the 10 TRAITORS who want to vote for Red Flag Gun Confiscation Laws.

Republican Senators need to know that gun owners will be fully aware of their betrayals.

Now, things get a bit more interesting with Democrats…

Democrats know their polling numbers are in free fall – and 95% of them don’t care about losing the pro-gun vote. They know they never had it to begin with.

And frankly, letters about trampling on gun rights are going to fall on deaf ears. The Left wants to abolish the Second Amendment and throw our names into a federal registry.

But, there is an issue that we think could drive a wedge between Democrats.

Alexandria Ocasio-Cortez is now lamenting that delayed and expanded background checks for 18-20-year-olds would be “racist.”

And given that Democrats would turn down a cure for cancer if they thought it might be racist, we’re going to drive this point home to liberal Senators.

Allow us to explain…

The expanded background check provision will likely require an in-depth search of juvenile records before an 18-20-year-old could buy a gun.

But most juveniles do not have the same due process protections as adults do, like trial by jury, so that means that young adults could lose their Second Amendment rights without having had due process, as guaranteed by the Fifth Amendment.

AOC is worried that this will affect certain races more than others. But all Americans should be worried that it will affect those law-abiding 18-year-olds who are not too dangerous to belong in jail.

But if AOC wants to make this about race, then we’ll gladly alert every Senate Democrat that the progressive wing of their party is concerned that a vote for enhanced background checks is racist.

No matter what state you’re in, you can play a role in stopping the Senate from passing the biggest gun control legislation in 30 years.

Also, your action will encourage your senators to oppose the anti-gun nominee to lead ATF, Steve Dettelbach, who may be voted out of the committee as early as Thursday.

So please, add your name to our pre-written letter to your two Senators to STOP the largest gun control legislation in 30 years.