Time to Send in the Clowns. 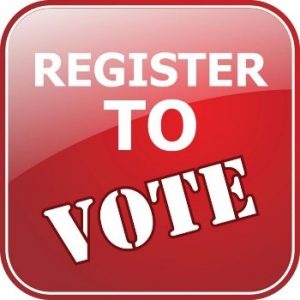 If we’re going to defeat H.R. 5717, gun owners nationwide must be Registered to Vote prior to the next election. Click on the red button or go here to do so. And get five pro-gun friends or family members (including adult children) to register as well.

He was the Congressman who speculated, during a congressional hearing, that the addition of 8,000 Marines in Guam would cause the island to “tip over and capsize.”

Oh yeah, if you have never seen this video, you’d have to see it to believe it.

Anyway, it turns out that Rep. Johnson has now ventured beyond his knowledge of earth science — or the lack thereof — to posit his views on gun control. That bill is H.R. 5717.

1) Red flag gun confiscation orders. Title IV of H.R. 5717 would establish federal funding for red-flag middle-of-the-night gun confiscation raids — without notifying the gun owner in advance or giving him a due process right to defend against the unsubstantiated allegation triggering the raid.

You may be aware that a second Marylander has been shot to death in an unannounced raid at 4:30 a.m.  He was summarily executed for possessing guns, even though he had been a juvenile delinquent.

2) Universal Background Registration Checks. Police would know which houses to raid because Title II of this bill would require most “transfers” to have background checks and 4473’s.

While 4473s are a decentralized form of registration, the ATF has come under fire for illegally copying these forms at many dealers’ place of business. Expanding this practice would mean that all transfers would eventually be centrally registered.

What is a transfer? Well, it could include your simply handing a gun to someone who, unbeknownst to you, is a prohibited person. For example, if you hand a new gun to your veteran/neighbor to look at — and it turns out the Veterans Administration has appointed a fiduciary to look after his financial affairs — you go to prison under H.R. 5717.

3) Licensing. Title I of the bill would license all firearms and ammunition. So the government could completely repeal the Second Amendment by simply refusing to license.

4) The anti-gun wish list. H.R. 5717 has many more things including a semi-auto ban, a ban on standard capacity magazines and suppressors, a one-gun-a-month limitation, and much, much more. 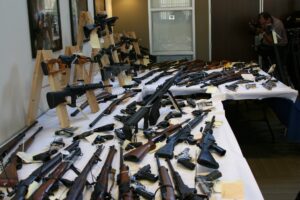 Well, it’s some indication that even the whack-jobs in “Pelosi’s flying circus” doesn’t appear to be cosponsoring it in large numbers.

But what it does tell us is that it is potentially on the agenda if Joe Biden is elected president and Democrats retain control of the House and seize the Senate.

Oh, and if you think the courts will protect you, Biden intends to pack the courts with Leftist anti-gun judges, eliminate the filibuster, circumvent the Electoral College, and give Washington, D.C., Puerto Rico, and perhaps Guam (if it hasn’t tipped over) two senators each.

But it is important that we take this time to get our pro-gun friends and relatives registered to vote.

Elections have consequences. And this coming November is going to have important consequences for our rights protected under the Second Amendment.

So if every single person reading this alert was to help five pro-gun acquaintances get registered, we’ll be a lot better off during this next election cycle.

Thanks so much for your help in getting an army of registered gunnies who can hit the polls this year!