Is now the time, or should Republicans wait for another day?

According to a CNN Poll, 73% of the American people favor repealing ObamaCare, either fully or partially (March 2012).

This is an amazing statistic:  Seventy-three percent of the American public don’t want to be straddled with the onerous requirements imposed by this law.

To be sure, gun owners have opposed ObamaCare since its inception, given that a national health database could be used by federal bureaucrats to disarm millions of law-abiding Americans.  The use of medical data has already been used to disarm gun owners in New York — and has led to more than 150,000 military veterans losing their gun rights for ailments such as PTSD.

Well now, Congress has a wonderful opportunity to do away with this law.  If House and Senate Republicans will only band together to vote for a funding bill that contains zero funds for implementing the wildly-unpopular ObamaCare, they can defang this ominous, anti-gun law right now. 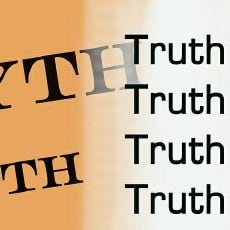 But if not now, when?

Even if Republicans gain the majority after the 2014 elections, they will probably not overcome a filibuster in the Senate to pass an out-and-out repeal.

In fact, the Republicans have not had a 60 vote majority in the Senate since 1911.  The time for defunding ObamaCare is right now, given that the President has already announced he is delaying implementation of the employer mandate for one year.

But if not now, when?

Senator Mike Lee (R-UT) and Representative Steve Stockman (R-TX) are leading the charge in their respective chambers to stop any funding bill from containing money for the implementation of ObamaCare.

One would think that given the national outpouring of support for repealing this law, Republicans (as the opposition party) would jump at this chance.

But most have remained silent.  And some have offered lame arguments for doing nothing or for continuing down the path of passing meaningless bills to repeal ObamaCare — bills they know will never reach the President’s desk.

The following are misstatements put forth by these Republicans, and each one is then answered in turn.

MYTH #1: REPUBLICANS DON’T WANT TO BE BLAMED FOR “SHUTTING DOWN THE GOVERNMENT.”

ANSWER: First of all, the government won’t be shut down. Most entitlements will continue. “Essential” functions will continue, under regulations dating back to the Reagan administration.

Republicans can push this even further by proposing a “prioritization” bill comparable to Senator Pat Toomey’s 2011 proposal, which would require Social Security, Medicare, Medicaid, air traffic controllers, etc. to be paid, even if there are no appropriations.

Second, every penny of government spending can go forward if ONLY ONE THING HAPPENS: If Obama agrees to suspend for one year, the wildly unpopular, expensive, individual insurance mandate — just as he has already done for the employer mandate.

To recap: Obama will be in the position of shutting down the government for the sole reason that he insists on cramming ObamaCare insurance down the throats of the American people. How is this not a win-win for Republicans?

MYTH #2: REPUBLICANS HAVE LOST EVERY TIME THEY HAVE THREATENED TO SHUT DOWN THE GOVERNMENT.

ANSWER: To the contrary, this strategy has been a political winner for the GOP in the two times they have used it.

The Gingrich shutdown threat of 1995-6 saw GOP poll numbers going up – right up until the point where Gingrich chickened out. Then his numbers plummeted.

Even though Gingrich “blinked,” Republicans kept the House in the following election and gained Senate seats. And the only reason Clinton hung onto the Oval Office is because Republicans nominated a horrific stand-for-nothing distasteful candidate as their standard-bearer.

Clinton was so chastened that he, nevertheless, signed a landmark conservative welfare reform proposal and pushed a balanced budget.

Similarly, in July 2011, when House Republicans credibly threatened to shut down the government over the debt limit, Obama’s polling numbers dropped 10 points – precisely because of that threat.

Even though Obama swept over Mitt Romney in 2012, GOP House members benefited from their intransigence over the debt limit.

MYTH #3: REPUBLICANS WOULD BE PICKING A BATTLE THEY COULDN’T WIN.

ANSWER: Well, they’re certainly not going to win by sitting on their lazy posteriors while a ruthless Barack Obama and Harry Reid continue to cram a liberal, anti-gun agenda down America’s throats.

The ability to stage a national showdown on the very day that Americans flip their lids over ObamaCare is almost a divinely ordained opportunity.

MYTH #4:  WE CAN’T WIN WITH OBAMA IN THE WHITE HOUSE. Oklahoma Senator Tom Coburn, who also battled us over gun control, argues that holding out hope for repealing ObamaCare threatens to “destro[y] the Republican Party” by “creating the false impression that you can do something when you can’t.” Coburn goes on to argue that there is no strategy to defund ObamaCare because “we lost the [2012 presidential] election…”

ANSWER: If you want to guarantee that Republicans will get crushed in 2014, try the Coburn strategy of telling the American people (and the Republican base) that “there isn’t [a strategy]” to achieve the things they want because Obama won in 2012.

Why should anyone lift a finger to get Republicans elected in 2014 if their campaign theme is “We are impotent?”

Incidentally, Coburn does a victory lap about “the one thing we have achieved” — the cut in discretionary spending through sequestration.

Although we don’t share Coburn’s enthusiasm over the outcome of the July, 2011 debt limit crisis, we would point out that we would not have gotten sequestration had we not THREATENED TO SHUT DOWN THE GOVERNMENT IN JULY, 2011.

ANSWER:  The Rove poll asked whether people support or oppose the repeal of “health care reform.” And a relatively narrow percentage of respondents opposed that.

Had the poll asked whether the respondents supported or opposed repeal of “ObamaCare” or the “individual mandate” the result would have been dramatically different.

That’s what CNN did, and it found that 73% of Americans want ObamaCare either fully or partially repealed.

Again, Republicans should stop passing meaningless bills to repeal ObamaCare, knowing they will never reach the President’s desk, and do something that will really make a difference — like defunding ObamaCare in the Continuing Resolution.