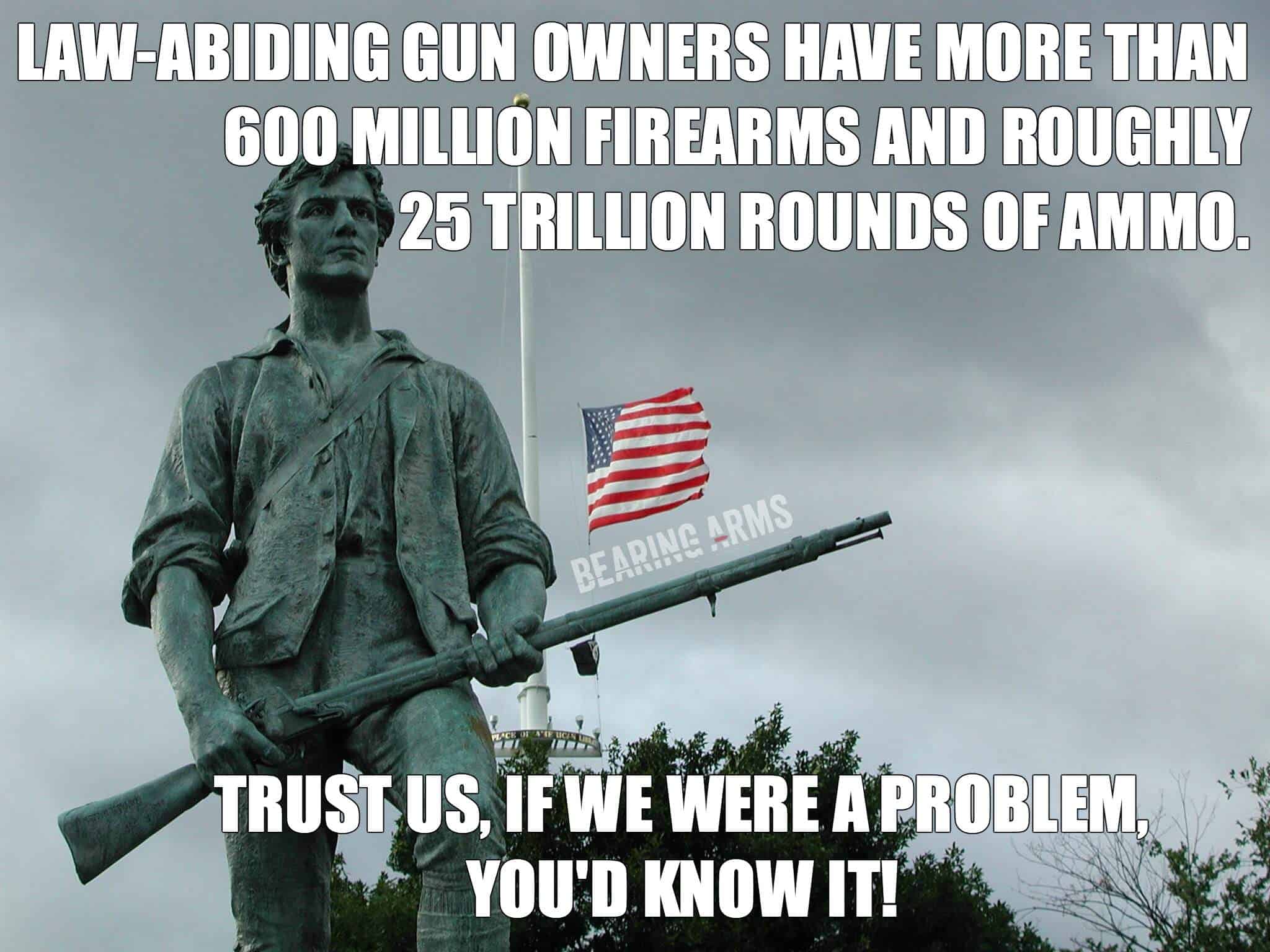 We’ve all seen this meme around the interwebs, right?

“Legal gun owners have over 200 million guns… and 12 trillion rounds of ammo. Seriously, people… if we were a problem, you’d know it!”

I’ve also seen one that claims we have over 400 million guns and 24 trillion rounds of ammunition. The fact is, while there is no definitive way to tally all the firearms in the United States, it is commonly accepted and reported that there are roughly 300 million firearms in the hands of law-abiding Americans.

But has anyone else noticed that number hasn’t moved in years, even in the 8 years Obama sparked an increase in gun sales, the gun run during Hillary Clinton’s presidential campaign, and after the NICS background checks system set new records for 15 straight months?

So what if that “300 million” estimate is wrong?

According to Weapons Man, it is:

We believe that the correct number is much higher — somewhere between 412 and 660 million.  You may wonder how we came to that number, so buckle up (and cringe, if you’re a math-phobe, although it never gets too theoretical): unlike most of the academics and reporters we linked above, we’re going to use publicly available data, and show our work.

What if we told you that one ATF computer system logged, by serial number, 252,000,000 unique firearms, and represented only those firearms manufactured, imported or sold by a relatively small number of the nation’s tens of thousands of Federal Firearms Licensees?

After explaining the logic behind their equation and showing his work, I’m convinced we have more than 600 million guns in America, more than double what is reported by the media.

Ted Cruz to Cosponsor the Protecting the Second Amendment Act