The Obama administration’s gun-control positions have been the driving force behind the nation’s ammunition shortages and the primary reason why the .22-caliber bullet is still a scarcity, critics charge. 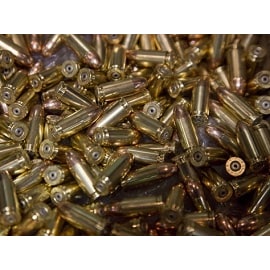 “There is no doubt that the president’s anti-gun agenda has driven the sale of guns and ammunition through the roof,” Erich Pratt, spokesman for Gun Owners of America, told Newsmax. “President Barack Obama can truly be known as the gun salesman of the decade.” …

In addition to Obama, Vice President Joe Biden and other administration officials promising that gun control will be enacted nationwide, the Environmental Protection Agency has enacted regulatory burdens that have an impact on the ammo supply, driving the last lead smelter plant in the United States out of existence.

And the White House signed on to a U.N.-backed gun treaty that, if ratified in the Senate, would force gun owners to register their weapons.

“Not only that, [Obama’s] administration has blocked the importation of hundreds of thousands of [M1 carbines],” said Pratt, of Gun Owners of America. “Obama has tried to ban the importation of certain shotguns; he’s encouraged Congress to ban various semi-automatic firearms and magazines; and he’s taken executive actions that could disarm thousands of police and firemen who suffer from work-related [post-traumatic stress disorders].

“Clearly, much of the spike in purchasing ammo stems from the fear that it could become unavailable in the future,” Pratt said.

Report: Pentagon to destroy $1B in ammunition