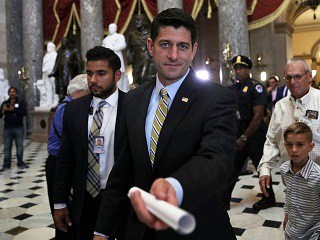 Following the heinous attack on concert goers in Las Vegas, numerous Republican politicians were quick to raise their hands and voice openness to gun control via a bump stock ban.

These politicians include House members, Senators, and two Governors. Their efforts revolve around the bump stock, an AR-15 accessory that the Vegas attacker used criminally in his attack on innocents. Contrary to numerous reports from the establishment media, the bump stock is an accessory rather a conversion device, which is why the ATF approved it.

Hillary Clinton: I will ‘Keep Fighting’ for More Gun Control