A pro-2nd Amendment organization is hailing a court decision in gun-hating California. 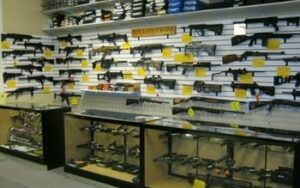 A three-judge panel of the 9th U.S. Circuit Court of Appeals last week tossed out the state’s ban on so-called “high capacity” magazines, ruling the law violates the U.S. Constitution.

California is famous – or infamous depending on one’s view – for its restrictive firearms laws, including banning magazines that hold more than 10 rounds. Many pistols hold 10 or 12 rounds but rifles such as AR-15s take a standard 30-round magazine which has been described as “high capacity” by media outlets and anti-gun activists.

“Even well-intentioned laws must pass constitutional muster,” Judge Kenneth Lee wrote in the majority opinion, because the state’s limit on magazine capacity “strikes at the core of the Second Amendment — the right to armed self-defense.”

Mike Hammond, legislative counsel to Gun Owners of America, points out the ruling came from what was the most radical, far-left federal court in the country. The 9th Circuit also had the distinction of being the most-overturned court in the country earning it the nickname “9th Circus.”

“It used to be just a Democratic playground,” he says of the court. “Now, I think, it’s almost evenly Democrat and Republican as a result of Trump judges.”…