ATF will ‘sweep up records of every gun sale in America,’ GOP lawmakers warn

A coalition of Republican lawmakers is investigating the Biden administration over its stockpiling of nearly one billion records detailing Americans’ firearm purchases, according to a copy of the investigation that accuses the Bureau of Alcohol, Tobacco, Firearms, and Explosives (ATF) of planning to “sweep up records of every gun sale in America.” 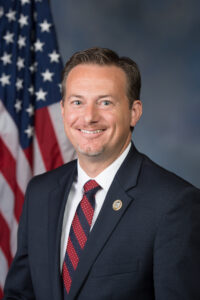 The probe, spearheaded by Rep. Michael Cloud (R., Texas) and backed by 35 of his colleagues, comes on the heels of a Washington Free Beacon report detailing how the ATF maintains a database of 920,664,765 firearm purchase records—far more than has previously been publicly disclosed. The massive number of records, most of which are digitized in a searchable database, sparked concerns the Biden administration is violating federal laws that bar the government from maintaining a national gun registry.

Now the lawmakers are demanding the ATF come clean about how it is using the database, which the agency claims is primarily used to track guns used in crimes. The ATF also says, however, that the firearm database is often not useful in helping to prosecute gun crimes, fueling concerns the Biden administration’s goal is to track legal gun owners. The lawmakers say their fears are compounded by the administration’s bid to overhaul current gun laws to ensure the records of every licensed firearm dealer in the country ultimately make their way into the federal government’s hands…

Aidan Johnston, director of federal affairs for Gun Owners of America, an advocacy group that has tracked the ATF’s database and exposed its growth in recent years, said the agency appears to be most interested in information on legal gun owners.

“The ATF is not collecting and digitizing these records because they want to protect the Second Amendment—they are doing it because they want to register and confiscate our firearms,” Johnston said. “Undoubtedly, the Biden administration plans to put this illegal registry to work later this year, when ATF implements Biden’s ban on up to 40 million pistols.”