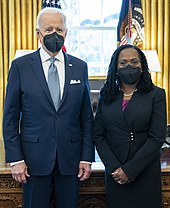 Listening to the confirmation hearings for Supreme Court nominee Judge Ketanji Brown Jackson, a layman might be forgiven for misinterpreting her recent affirmation of the D.C. v Heller decision as support for the right to keep and bear arms.

After all, at the hearing Jackson stated that:

“The Supreme Court has established that the individual right to keep and bear arms is a fundamental right … Fundamental rights [are] deeply rooted in the history and traditions of this country [and] relate to personal individual autonomy.”

While that might strike you as just what Gun Owners of America wants to hear, it isn’t.

The judge’s entire statement is predicated on restating what everyone knows the Heller and McDonald cases set into precedent and reflects nothing on what Judge Jackson thinks about the validity of those rulings or whether she would vote to uphold or undermine those rulings.

In fact, our rights aren’t “established” by the Supreme Court, as the judge suggested. They are natural, God-given and recognized in our Bill of Rights and Declaration of Independence. So, who knows what limitations and infringements she believes the almighty Supreme Court ought to place on those rights?

But Judge Jackson isn’t the only anti-gun judge to try to sneak through confirmation hearings by echoing Supreme Court precedent. Justice Sonia Sotomayor said back in 2009:

“I understand the individual right fully that the Supreme Court recognized in Heller [and] how important the right to bear arms is to many, many Americans.”

And Justice Elena Kagan also said in 2010 that the Second Amendment was “settled law” and when pressed about the facts of the Heller case she said, “there is no doubt […] that is binding precedent […] in any case.”

Listening to the other Supreme Court nominees speak, it becomes clear that anti-gun judges have a cookie-cutter response on the Second Amendment to get through confirmation hearings.

Under the guise of iterating “precedent” and stare decisis, the court principle of generally not overturning settled law, judges like Jackson, Sotomayor and Kagan can soar through confirmation hearings as if they respect Americans’ constitutionally protected rights.

But, once they are confirmed to the court for life and given “the facts of a particular case,” all bets are off. They are both unaccountable and in a position to overturn and rewrite precedent.

In fact, in the past when given the opportunity to elaborate further, Judge Jackson chose to emphasize non-binding and incorrect Supreme Court dicta concerning the supposed “limitations” of the Second Amendment, writing:

“The Court has also clarified that the individual constitutional right to keep and bear arms is “not unlimited, just as the First Amendment’s right of free speech [is] not.”

It’s these anti-gun statements and sentiments that have garnered Judge Jackson the support of both an anti-gun president and the radical anti-gun left, causing Shannon Watts of Moms Demand Action to endorse her.

“President Biden not only made history nominating the first Black [sic] woman to the Supreme Court, but he’s also nominated someone who we are confident will determine that common sense gun safety laws are constitutional,” Watts said.

In other words, Moms Demand Action is elated at the nomination of another justice who will abuse the authority of the Supreme Court to infringe on constitutionally-uninfringeable gun rights.

Sure, Jackson iterated Supreme Court precedent when asked about the right to keep and bear arms, but in the same breath she revealed her glaring misunderstanding as to the origin of our Second Amendment protected rights.

Further, her response is nearly identical to other sitting Supreme Court Justices who also refuse to defend the right to keep and bear arms from infringements. These realities and other statements by Judge Jackson have prompted her promotion and endorsement by some of the most radical anti-gun activists in America.

Quite simply, this is not someone who will defend the rights of gun owners from infringement on the Supreme Court bench.