London’s mayor is being mocked for announcing a “knife ban” after the city has endured a surge in stabbings and a record number of murders that rivals New York City.

“No excuses, “Mayor Sadiq Khan tweeted. “There is no reason to carry a knife. Anyone who does will be caught and they will feel the full force of the law.”

Reacting to London’s violence, Great Britain has announced a “serious violence strategy” that includes legislation to ban online sales of knives and stepping up stop and search powers by police. 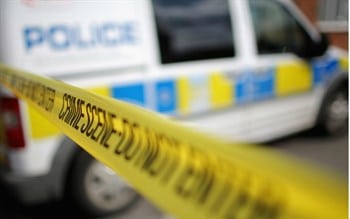 OneNewsNow reported on Monday in that Khan (pictured below), who is Muslim, has described the police searches as racist and “Islamaphobic” but is now reconsidering his views.

London and Great Britain have famously restrictive gun laws, observes Mike Hammond, legislative council to Gun Owners of America, so the city is seemingly besieged by “knives of mass destruction” despite its restrictions.

“London just had its 53rd murder this year and it’s well on its way to becoming one of the murder capitals of Europe,” Hammond says. “We all knew when guns were banned killers would turn to ‘knives of mass destruction,’ and lo and behold it’s happened.”

In an editorial about the knife ban, The Washington Times pointed out the foreign-born population in the UK has more than doubled from 1993 to 2015, from 3.8 million to 8.7 million. The number of migrants is estimated to be 37 percent of London’s population compared to 10 percent across the country.

“Well, that high-migration rate has apparently been having an effect — and it’s called Uptick in Murder,” the Times opined in the April 9 editorial.

Great Britain is also besieged by toxic political correctness, which has been directly tied to the Rotherham scandal in which authorities refused to investigate and arrest Pakistani-born Muslims for fear of accusations of racism.

London Mayor Sadiq KhanMore than 1,000 young girls were assaulted for more than 16 years while authorities literally refused to investigate and punished those who tried.

More recently, a similar ongoing crime was stopped in the city of Newcastle, where 18 Pakistanis were convicted. During the trial, police launched an investigation into Facebook posts that were “offensive” if they mentioned the race and religion of the criminals, The Daily Caller reported.

Despite the knife attacks and murder rate, London’s Metropolitan Police Service was recently mocked for announcing on Twitter than 900 “specialist officers” in London are assigned to track down reports of hate crimes.

Yet another police unit, Regents Park, was mocked for a March tweet for a “weapons sweep” that confiscated screw drivers, pliers, and a pair of scissors.

Hammond asks sarcastically if London’s mayor plans to ban all knives in the city or just “assault knives” if that term can be defined.

“You can kill someone just as easily with a kitchen knife, as a matter of fact a lot more easily than you can with a switchblade,” he says. “So it becomes the worse sort of a fool’s errand. But we all know that people in London, particularly their socialist government, are in fact fools.”