Here’s the list of Democrats politicizing the Las Vegas shooting

Here’s the list of Democrats politicizing the Las Vegas shooting 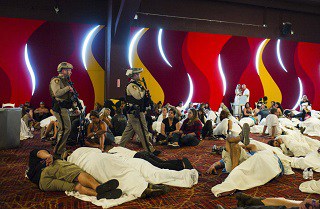 Just hours after the deadliest mass shooting in the United States, Las Vegas police are still identifying and counting the lives lost at the scene of the active investigation.  President Trump addressed the nation calling for unity following the massacre that killed at least 58 people and injured more than 400 concertgoers.

Meanwhile, in the wake of tragedy, Democrats are using the deadliest mass shooting as a platform to attack the GOP and push for stricter gun control policies.

In a series of tweets, Senator Ed Markey (D-MA) slammed the GOP and the NRA. One tweet read, “And once and for all, we need to make NRA stand for “Not Relevant Anymore” in American politics.” In his 11th consecutive tweet in response to the tragedy, the Senator posted his gun violence legislation in addition to calling for a ban on all assault weapons.