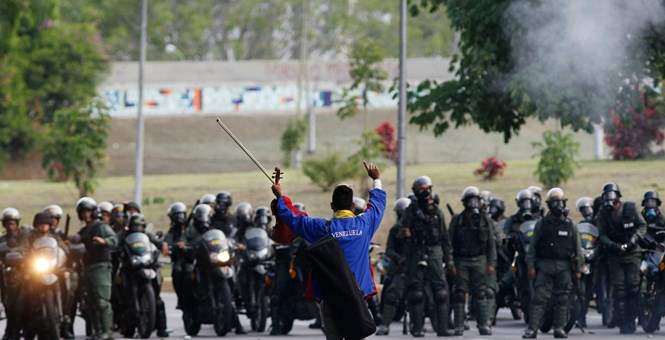 The country of Venezuela is anything but a free state. While it managed to function as a socialist state so long as the oil industry was propping up its collectivist economy, things were relatively okay (so far as socialist countries go). However, the moment oil stopped keeping everything afloat, the country went to hell in a handbasket faster than you can say, “Oops!”

In response, the country did all kinds of things. At least one of those things may well have resulted in a bump in the homicide rate.

Since April 2017, at least 163 pro-democracy protesters in Venezuela have been murdered by the Maduro dictatorship. Venezuela serves as an example of how gun prohibition can sometimes encourage gun crime.

In 2012, the communist-dominated Venezuelan National Assembly enacted the “Control of Arms, Munitions and Disarmament Law.” The bill’s stated objective was to “disarm all citizens.” The new law prohibited all gun sales, except to government entities. The penalty for illegally selling or carrying a firearm is a prison sentence of up to 20 years. Despite criticism from the democratic opposition, the bill went into effect in 2013.

Ostensibly, the motive for gun prohibition was Venezuela’s out of control violent crime. In 2015, Venezuela’s homicide rate was the world’s highest, with 27,875 Venezuelans murdered that year. More broadly, the Bolivarian Republic is the only South American nation with a homicide rate that has steadily risen since 1995. In the year prior to Maduro’s disarmament initiative, the Venezuelan capital of Caracas had a homicide rate of 122 per 100,000 inhabitants, nearly 20 times the global average of 6.2.