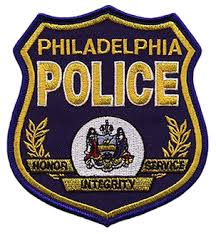 Gun Owners of America (GOA) said the city has infringed on the rights of local residents by ignoring a Pennsylvania law that requires localities to process applications within 45 days. Val Finnell, the group’s Pennsylvania director, said the lengthy wait times actively harm locals who are seeking to exercise their Second Amendment rights.

The GOA acknowledged the strain that Covid-19 had placed on government agencies, but said the delays—some stretching into 2022—were unprecedented in the region. While some Pennsylvania cities and counties moved the permitting process online or through the mail to accommodate a surge in gun sales, Philadelphia authorities have made no attempt to abide by state law. Finnell pointed to neighboring Bucks County, which has managed to process applications on a walk-in basis without any of the delays Philadelphia residents face.

A spokesman for the Philadelphia Police Department declined comment on the pending litigation.

FEC Complaint Filed Over Fact-Check On Kamala Harris’ 2A Views