GOA in USA Today: Guns save lives every day

A father uses his concealed handgun to stop a mass shooting in a McDonald’s in Alabama. A man uses his gun to stop a racist gunman outside a Kentucky Kroger.

Guns are being used to save lives every day. But sadly, the only time the national news media want to spend several days covering a firearms story is when the guns are used in a negative way.

The well-publicized shootings over the past week are heart-wrenching. But just as we should not punish sober drivers for the actions of a reckless drunk, neither should we demonize firearms or their owners when they are misused by an evil terrorist. 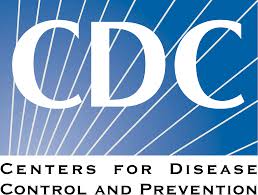 We know, because of research directed by the Centers for Disease Control and Prevention, that guns are used 16 to 100 times more often to protect life than to take life. That means there are a whole lot more “guns save lives stories” not being reported by USA TODAY.

We celebrate the brave police officers who stopped three active shooters over the past week.

But as much as the USA TODAY Editorial Board wants to discount the idea of the “good guy with a gun,” let’s not forget that almost 90% of police agree that mass shootings would be “reduced” or “avoided altogether” by the presence of legally armed citizens.

There are multiple examples of good guys or gals stopping mass shooters from all over the country, and the FBI has documented some of them. But it’s worth noting that the very types of firearms the Editorial Board wants to restrict are extremely popular — and are frequently used in the defense of life:

►A Houston man fired several rounds while fighting off five home invaders this year, using his AK-47 as his primary means of defense.

►A Florida man utilized his AR-15 to fire 30 rounds while fighting off seven intruders last year.

►A petite Maryland mom chased three burglars out of her home simply by loading a round into the chamber of her AR-15.

All these victims were facing multiple attackers, which necessitated having firearms that held multiple rounds.

Finally, to borrow a phrase from the Editorial Board, we have been hit by a series of terror attacks. But terrorists — whether they’re a “lone wolf” or organized — don’t care about our gun laws, any more than the terrorists who ignored France’s draconian gun control laws in 2015 and used fully automatic firearms to murder 90 people at the Bataclan theater.

No, if terrorists were to strike into our malls and neighborhoods, we should hope and pray there will be people like Stephen Willeford — a retired plumber who used his AR-15-style rifle to mortally wound a de facto terrorist in Texas two years ago.