For many Americans, the last 24 months or so have likely comprised the most difficult span of time they’ve ever faced. Our nation was pummeled by a pandemic, economic downturn, and political and social upheaval.Yet when the history of 2020-2021 is written, the most shocking and infuriating aspect should be that federal and state laws prevented Americans from protecting themselves against the violent riots that erupted around the country. 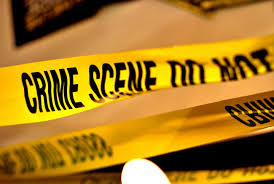 Imagine this scenario. You wake up coughing in the middle of the night. Your house is full of smoke. You rush your spouse and kids out to the street to escape the flames that are licking the walls of your home. You dial 911 and the operator tells you the fire department has been told to stand down and not respond to calls.

Desperate to save everything you’ve built, you run to fetch a hose to put out the fire yourself. But when you turn on the spigot, nothing comes out.

You forgot that the city you live in has determined that if you ever need to put out a fire with your own garden hose, you must first seek permission, and, in order to get that permission, you need to not only wait several days, but also pay several hundred dollars to cover “administrative fees” for your city to process your application. In the meantime, your home and all of the irreplaceable mementos inside go up in smoke and turn to ash.

Does this seem far fetched? To the millions of recent first-time gun owners, it seems far too familiar. That’s because it exemplifies the bureaucratic bloat that’s weighing down our democracy and burying our God-given rights that are enshrined in our founding documents.

The state ofIllinois, for example, has very stringent gun laws, and Chicago, specifically—America’s third largest city—is known for being one of the most restrictive environments for legal gun owners in the entire nation. But that certainly hasn’t stopped criminals from illegally obtaining and using guns. In 2020 alone, Chicago endured 769 gun-related homicides, more than almost every year in the past two decades.

It’s hardly surprising then to learn that 40,000+ law-abiding Illinoisans applied for a gun permit in little more than a two-week period in June 2020. That was a 500 percent increase over that same period the previous year. While 2019 saw approximately 10 sales per day, 2020 witnessed an astonishing 200 sales per day at one Illinois-based gun store. That’s a lot of first-time gun owners rightfully embracing their fundamental right to defend their life and property.

Unfortunately, they all had to wait to actually protect themselves. According to the owner of that Illinois gun store, the mandatory 72-hour background check required by the state stretched to more than a week for a number of his customers who were desperate to establish a modicum of security for themselves and their family members.

As what they had built in their communities was being torn down by mobs, they were being told to sit and wait because some faceless government rubber-stamping bureaucrat in some non-descript building somewhere had to first approve their background checks. While this is morally and constitutionally unacceptable, it is useful in that it forces us to confront the reality that our political leaders have too little regard for our safety.

Alas, the danger has not passed. According to theChicago Sun-Times, shootings are up 220 percent in downtown Chicago, which “mirrors a citywide violent crime wave.” And make no mistake, what’s happening in Illinois is echoing throughout the country. Americans from coast to coast are responding by arming themselves in record numbers. Gun purchases on Black Friday surpassed those of last year, which had itself been an all-time high.

Since more Americans than ever understand the need to defend themselves, it’s not surprising that new polling shows that more people now oppose stricter gun restrictions than support them.

Among the more interesting takeaways from this polling is that support for stricter gun laws among self-described “independents” is down 15 points since 2020.

This demand for self-defense is additionally reflected in the rise in states that allow Constitutional carry—the right of a gun owner to carry without first having to seek permission from their state. In September, Texas became the 21st state to pass Constitutional carry. Even Vermont, a blue state that boasts a democratic-socialist U.S.Senator, was the very first Constitutional carry state.

The results are in: Americans want easier and faster access to the firearms. Now it’s time for the democratic process to kick in with legislation at the state and federal level—less gun control and more freedom under the Second Amendment.
Read more at Townhall
Prev. Article
Next Article