New York says its history of racist laws that allowed for disarming Catholics and Indigenous people supports a “good moral character” requirement for obtaining a concealed carry license, a point that Second Amendment groups see as a bad-faith argument for gun control. 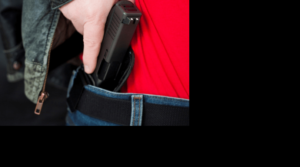 New York’s reasoning for the “good moral character” clause, which permits state officials to deny gun carry applications subjectively, is because the Supreme Court requires a historical basis for any law that contradicts the text of the Second Amendment.

In response to the CCIA, Gun Owners of America sued New York State Police Superintendent Kevin P. Bruen earlier this month, prompting the state’s unusual defense of the statute’s “good moral character” standard by his counsel. State attorneys representing Bruen said the statute is deeply rooted in “centuries of Anglo-American law and tradition” as their basis for why it should be upheld in court.

“From the early days of English settlement in America, the colonies sought to prevent Native American tribes from acquiring firearms, passing laws forbidding the sale and trading of arms to Indigenous people,” the state argued in court documents filed on Aug. 15.

GOA’s Senior Vice President Erich Pratt told the Washington Examiner that the judge presiding over the case asked “very pointed questions for the state of New York” during the most recent hearing on Tuesday.

“And our attorney pointed out that in defending their restrictions on concealed carry, the state has utilized the racist laws from our past to justify its new bans,” Pratt said…