Gun Owners of America (GOA) and its Foundation (GOF) filed suit today against the Bureau of Alcohol, Tobacco, Firearms & Explosives (ATF) for their regulations on bump stocks. 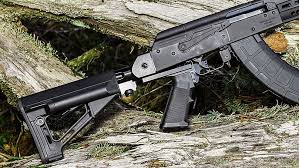 Erich Pratt, executive director of Gun Owners of America said, “Our suit challenges the legality of ATF’s action and asks for an injunction to stop enforcement of the regulations.

“These dangerous regulations can go much farther than just bump stocks. The goal of the anti-gun left is, ultimately, not just banning bump stocks, but, rather, putting ‘points on the board’ toward its goal of banning civilian ownership of all firearms.”

The suit is filed strategically in the Western District of Michigan, and GOA is joined by other pro-gun groups and individuals.

“Not coincidentally, Michigan is located within the jurisdiction of the Sixth Circuit Court of Appeals — a circuit which is not only very pro-gun, but also has been more skeptical of illegal government regulatory actions than many other circuits in the country,” Pratt stated.

“GOA is happy to announce that the Virginia Citizens Defense League has joined the suit as a plaintiff — as well as Tim from the Military Arms Channel and GOA’s Texas state director Rachel Malone,” Pratt continued. “And I’m pleased to report that several state gun organizations, such as the Oregon Firearms Federation and BamaCarry, have contacted GOA and will be contributing financially, and by other means, to this case.