Gun Owners of America (GOA) filed a complaint against the Bureau of Alcohol, Tobacco, Firearms and Explosives (ATF) for its reversal of an agreement which protects gun buyers from the potential negative effects of gun owner registration. Previously, a Michigan’s Concealed Pistol License (CPL) would exempt gun owners from the National Instant Background Check System (NICS) whenever they purchased firearms from a federal firearms licensed dealer (FFL)… 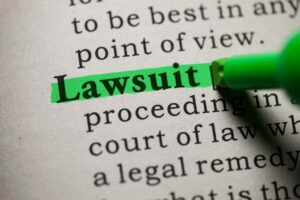 “This is another unnecessary move by the ATF. Forcing background checks on individuals who have already been screened by the government is a poor use of time and resources, and always presents the danger of registering gun owners’ firearms purchases,” said Erich Pratt Senior Vice President of GOA.

“Gun Owners of America believes the Second Amendment prevents Federal and state governments from implementing prior restraints upon the right to keep and bear arms. The ATF’s recent policy reversal in Michigan is clearly a step in the wrong direction.”