As we informed you, Rep. Anthony Sabatini (R) has introduced two pro-gun bills in the Florida House: House Bills 6001 and 6005.

So, who are the power players in the House that can be allies and adversaries?

For those who don’t know, HB 6001 (if passed) would finally legalize concealed carrying on college and university campuses. 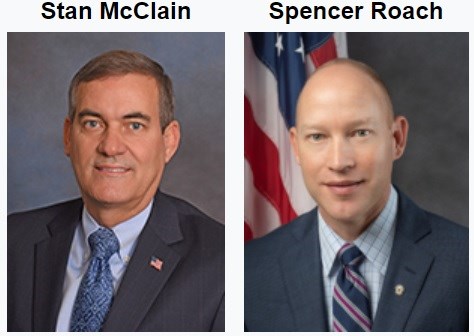 Rep. McClain is a veteran of the Florida House since 2016 and actually co-sponsored a bill to outright repeal the gun control passed after the 2018 Parkland shooting — and he voted, of course, against said gun control when it was being ramrodded through the legislature.

Rep. Roach is a recent newcomer to the House, being elected in 2018 after the Parkland gun control was passed.

So far, no one has co-sponsored HB 6005, Rep. Sabatini’s bill that would strip government officials’ powers to bar firearm and ammunition sales during declared states of emergency.

So, who are the bad guys and blockers, you ask?

Well, first and foremost we have Rep. Dan Daley (D-District 97 of Coral Springs) as bad guy Numero Uno. He’s introduced House Bill 25, a bill that mandates background checks on ammunition. We already know that such a measure would in no way would stop criminals from conducting crimes since only the honest citizenry actually follows the law.  Criminals don’t and won’t.

Furthermore, the idea of foisting such an additional task on an already beleaguered Florida Department of Law Enforcement would add additional restrictions on Floridians’ Second Amendment Rights.

We’re already facing delays in background checks under FDLE’s Firearm Purchase Program, and the idea of having over 24 hours to purchase a box of .22LR cartridges is ludicrous. HB 25 will almost certainly result in a New York style ban on online ammunition sales.

Then, we also have the House Speaker himself as a possible problem pro-gun bill blocker. Rep. Chris Sprowls (R-District 65, northern end of Pinellas County) voted in favor of the Parkland Gun Control back in 2018. 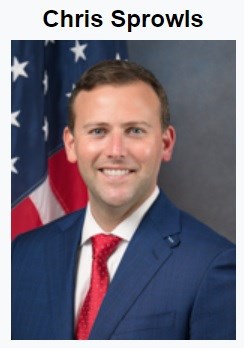 Since Florida is a state where not all bills automatically get a committee hearing and vote, this means that, as Speaker, he has the power to decide which bills are to be heard and which are to die on the vine.

As such, we have a duty to contact House Speaker Sprowls and let him know that we want Rep. Sabatini’s bills to have a fair reading and vote in a House committee.

As Sen. Dennis Baxley told me a few years back, Republican lawmakers won’t push Pro-Gun legislation if all they hear from gun owners is silence.