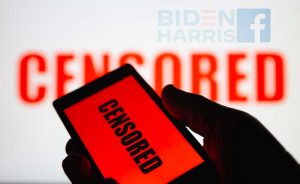 The complaint alleges Facebook (FB), and/or Agence France-Presse (AFP), and Kamala Harris, the candidate for Vice President on the 2020 Democratic ticket, have violated the Federal Election Campaign Act act in the following ways. From the complaint:

4. the prohibition on foreign nationals making in-kind contributions for the purpose of influencing a federal election (52 U.S.C. § 30121).

The hostility of Facebook against gun ownership, the right to arms, conservative speech, as well as Republicans, has become a notoriously subjective experience for many Second Amendment supporters.

The allegations in the FEC complaint are stark and easily followed. Facebook approves of AFP as its official “fact-checker”, which gives the French government supported agency significant power in deciding what is acceptable speech on Facebook for U.S.-based users, particularly as it concerns what is or is not “Fake News“.