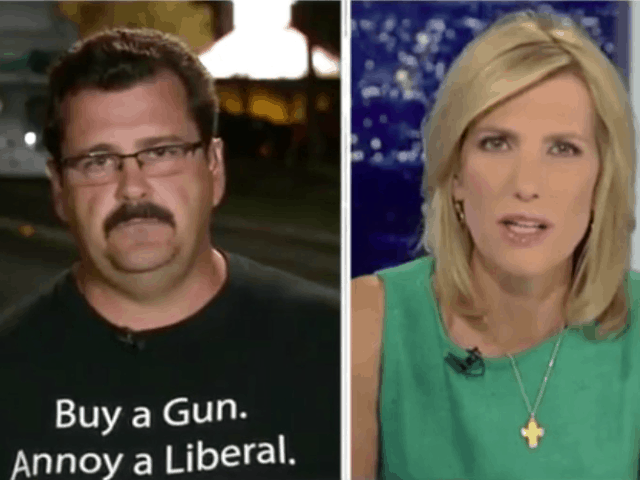 The father of Texas attack witness Kevin Jordan appeared on The Ingraham Angle show Tuesday wearing a T-shirt that said “Buy a Gun, Annoy a Liberal.”

On November 5, Breitbart News reported that Kevin watched his neighbor run out with an AR-15, take a defensive position, and shoot the church attacker.

Our neighbor, who’s a very good guy, a very big Christian, he’s the nicest person on the planet [and] will do anything for anyone around here. We’ve known him for years, he’s childhood friends with my dad. He came with his [gun] and he took cover behind a car and he shot the guy. I’m not sure if it was inside the church and the guy was coming out, but if it wasn’t for him the [attacker] would not have stopped.

Kevin’s father, Mike, told host Laura Ingraham that no one in the church was armed at the time of the attack. He said that one of Kevin’s friends normally carries a gun with him, but left it at home Sunday morning.

USA Today Gets Schooled On Guns And Gun Modifications