Opponents warn that “red flag” orders can be abused and violate due process. So why are they attracting Republican support?

After what one family member cryptically called “family being family,” 60-year-old Gary Willis fell dead from a gunshot on the doorstep of their Maryland home, which he shared with a host of siblings, a niece and her son, and a grandmother.

Michele Willis, who grew up in the house, said her uncle Gary “likes to speak his mind,” but “wouldn’t hurt anybody.” 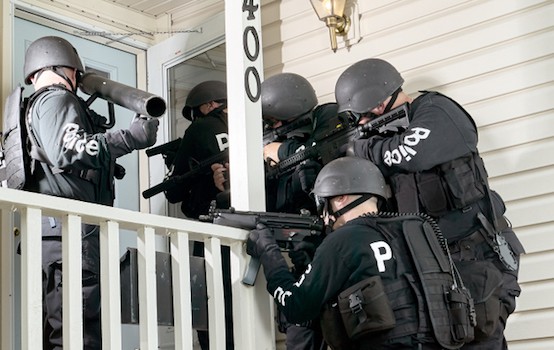 But it was a tussle with police officers on his doorstep at the break of dawn on November 5 that ultimately killed him. What they were fighting over? His gun.

Police say they were at the home to issue an emergency protection or “red flag” order to temporarily seize Willis’s legal firearms. The state law, which went into effect on October 1, allows police, health care officials, spouses, family, and those a person might be dating and/or cohabiting with to petition the court to take away an individual’s guns if they believe he is a danger to himself or others.

Willis reportedly opened the door with a gun in his hand. According to The Baltimore Sun, he put the weapon down on a side table while he spoke with the cops. He then “became irate” when police tried to issue the order and picked it up again. One of the officers tried to take the gun and “a fight ensued,” police said in a statement. The gun went off in the struggle—not hitting anyone—and the other officer fatally shot Willis. Neither officer was injured.

Mike Hammond, legislative counsel for Gun Owners of America, notes that most of these orders are issued ex-parte, without notice. And expect the judges to sign off on most if not all of them: “When you are the only guys in the room you can get the judge to sign a ham sandwich. This is what we call the star chamber,” Hammond said.

Bottom line, when faced with a petition, it would be a hard sell for a judge, particularly in today’s climate, not to sign such a warrant, even if the definition of “dangerous” is fungible and different for every state (some include alcohol or substance abuse). If the subject turns out not to be a threat, no one will ever know, but if they do, the judge will get the blame.

Getting your guns back is a tougher prospect, according to Hammond, because not everyone will have the resources, time, and wherewithal to fight the court’s decision. “This notion that you can go in there two or three weeks later for a hearing, find a lawyer to go court, and convince a judge he made a mistake, is a chimera: it never happens.”

Hammond pointed to the more than 167,000 veterans who have been red flagged in the federal background check system and are prevented from purchasing guns because the VA has deemed them “mentally incompetent” without due process. The House—but not the Senate—passed bills to restore their rights in 2017. They are still waiting…

Read More at The American Conservative