Democrats Plan to Pursue Most Aggressive Gun-Control Legislation in Decades 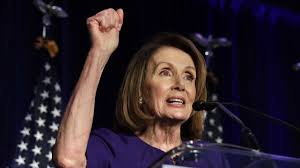 Democrats say they will pass the most aggressive gun-control legislation in decades when they become the House majority in January, plans they renewed this week in the aftermath of a mass killing in a California bar.

Their efforts will be spurred by an incoming class of pro-gun-control lawmakers who scored big in Tuesday’s midterm elections, although any measure would likely meet stiff resistance in the GOP-controlled Senate.

Democrats ousted at least 15 House Republicans with “A” National Rifle Association ratings, while the candidates elected to replace them all scored an “F” NRA rating.

“This new majority is not going to be afraid of our shadow,” said Mike Thompson, a California Democrat who is chairman of the House Gun Violence Prevention Task Force. “We know that we’ve been elected to do a job, and we’re going to do it.”