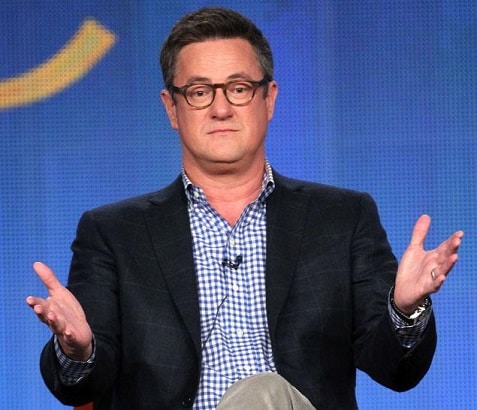 The dialogue from MSNBC on the morning of April 2, 2013 was revealing.  It tells us several things, such as the Democrat’s strategy on gun control is to use a Reid-orchestrated vote-a-thon to put withering pressure on the GOP and to destroy their candidates.

And a “victory” for gun control advocates will be nothing more than a platform to move on to semi-auto gun bans, gun registries, and handgun bans. Not only that, each of these gun control votes is designed to beat up Republicans by creating an orchestrated national campaign accusing them of wanting rapists and other thugs to be allowed to purchase guns.

Here is the Democrat strategy, as leaked through MSNBC:

MIKA BRZEZINSKI: [The Connecticut legislation imposes] a ban on magazines that carry ten or more bullets while a grandfather clause will allow those who currently own those types of magazines to keep them if registered. The bill also creates a new registry for existing high-capacity magazines, extends the state’s assault weapons ban to include 100 new types of guns, creates a dangerous weapon offender registry, imposes immediate universal background checks for all firearms sales…  Kind of sounds like something that maybe we all wanted after Newtown for the rest of the country….

MIKE BARNICLE:  When you have 80% of the American public in favor of … universal REGISTRATION [Emphasis added] … and you continually have a huge swath of Congress on both sides of the Hill in opposition to it … it’s truly depressing.

JOE SCARBOROUGH:  Mark Halperin, I talked to some people at the White House who still feel they can get background checks…  Do you still sense some optimism there…?

MARK HALPERIN:  Well, I think it may be impossible to pre-game, in the sense that let’s wait till this gets on the floor of the Senate and we start to see the public debate.  I think you’ll see the President, the Vice-President, the forces who have been advertising including Mayor Bloomberg try to focus the country’s attention at that moment.  The House is still a BIG problem for those who’d like to see legislation passed.  But the first step is when the Senate starts to vote.  And there’ll be nowhere to hide at that point, not just for Republicans, but for Democrats who have been reluctant to take some of this stuff up.

SCARBOROUGH:  … I think you get this debate on the floor and I think you start talking about criminal background checks to make sure rapists –- to make sure, you know, people that that that are violent offenders get screened –- to make sure people with mental health issues get screened. I think that’s something seeing the light of day that I think at the end of the day the NRA will say, you know what, we’re going to give people a pass on making sure that rapists and, and, and, you know, people that have committed assault, at least we have to screen for them.

HALPERIN:  I think if the NRA was smart, they might concede that point because it is so popular — 90% of them — they could say they have given a victory to gun control advocates….  [The gun control legislation in Connecticut] still doesn’t address a lot of things.  Namely handguns.  It doesn’t touch handguns, which are responsible for most of the shooting deaths in this country….  [T]he handgun is the problem more than the semi-automatic rifle….

You can see the full discussion here