Concealed Carry Reciprocity Would Save Lives

Concealed Carry Reciprocity Would Save Lives

Today’s Second Amendment briefing will examine concealed carry and the benefits of having reciprocity around the country.

We have two special speakers that will be taking the podium here in just a moment.

1) The first is Rep. Richard Hudson, who is the primary sponsor of reciprocity legislation in the Congress.  As of this morning, his bill (H.R. 38) has 146 cosponsors. 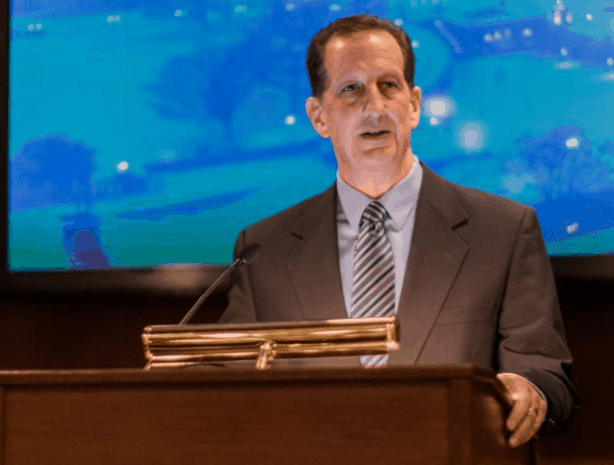 2) The second speaker is Shaneen Allen, who is a victim of gun control herself. Her story, I think you will agree, is very compelling and demonstrates the need for nationwide reciprocity.

But before I hand over the microphone, I also want to acknowledge another person who won’t be here today — a brave man, Sandy Javelle of New Hampshire.

Sandy worked at a computer company which has branches in Massachusetts and New Hampshire.

He was at work at the Massachusetts branch the day after Christmas (in 2000), where Michael McDermott worked.

McDermott was upset that the IRS was garnishing his wages, and so he took it out on his fellow employees.

He brought several guns to work, and one point started shooting.  He had killed two people when Sandy stepped in.

Now, let me tell you a little bit about Sandy Javelle.

He has been described as a very religious man … a widower … a father of four … an Army veteran … a firearms dealer … and a concealed carry permit holder.

Unfortunately, Massachusetts did not then — and does not now — recognize New Hampshire permit holders.

Sandy locked and barricaded several employees in a room and went out to meet McDermott.

He tried to defuse the situation and calm down McDermott.

But the gunman would not be consoled. He leveled his shotgun, pulled the trigger, and Sandy became the third victim.

But I believe that if Sandy had been armed — if there had been national concealed carry reciprocity in 2000 — he could have prevented a mass shooting.

Guns save lives and reciprocity will have positive benefits in the real world.

Erich Pratt is the Executive Director of Gun Owners of America.  The above testimony represents the introductory remarks delivered to several congressmen and their staffs on Capitol Hill on January 31, 2017.  Rep. Richard Hudson (R-NC) and Shaneen Allen both spoke, as well, and their speeches can be viewed here.

They are Listening to You on Capitol Hill