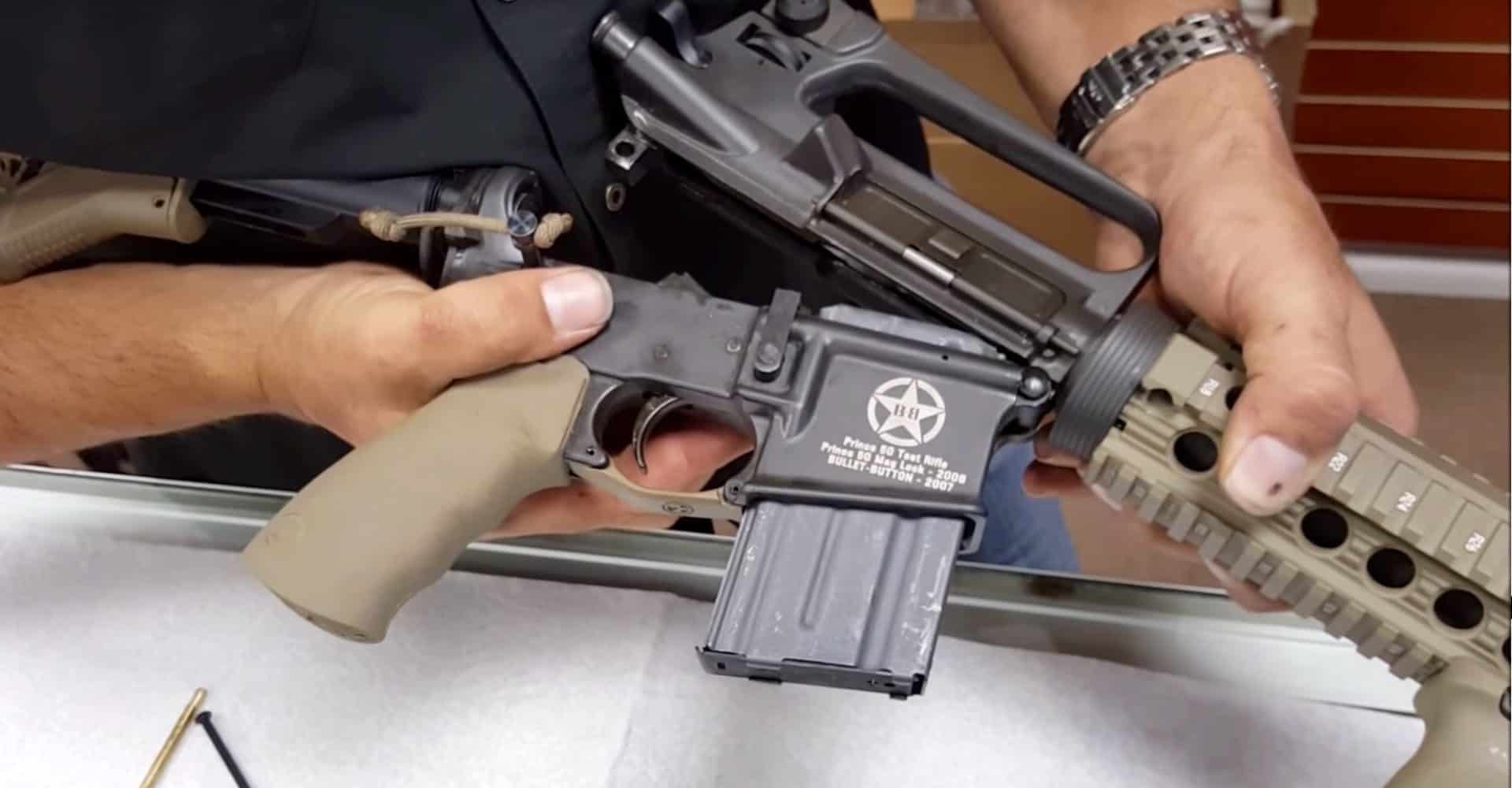 Devices designed as workarounds have been on sale since the new restrictions were signed. Now it’s up to Attorney General Xavier Bacerra to decide whether they’re legal.

Beneath the taxidermied deer and bighorn sheep heads, some of the display racks at San Diego’s SoCal Gun sit bare. “There are no AR-15s for sale anymore,” manager Greg Kerrebrock said. An end-of-year crush cleaned out the shop’s inventory as customers gobbled up models affected by a new law that kicked in on January 1.

Part of a sweeping package of reforms pushed by Democrats in 2016, the regulations clamped down on a gun industry innovation, known as the bullet button, that flouted an earlier statute meant to regulate rifles with detachable, quickly reloadable ammunition magazines. Under the revised rules, Californians in possession of assault weapons that incorporate a bullet button and certain other features have until the end of this year to register them with the state, a step that some gun owners are loathe to take. Stores like SoCal can’t sell new bullet button-equipped guns, and don’t yet have an alternative that they can be sure will comply with the enhanced restrictions.

But all that could soon change. Just as they did the last time California updated its longstanding assault weapons law, enterprising gunsmiths are ready with new products that could render the tighter restrictions largely moot.