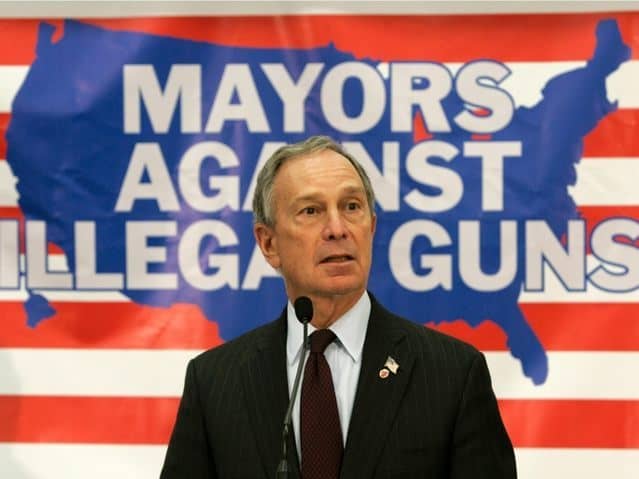 Billionaire Michael Bloomberg boosted the finances of the gun control lobby by giving and/or spending over $50 million toward Second Amendment restrictions in 2014 alone.

According to Slate, a portion of Bloomberg’s gifts to the gun control lobby consisted of a $36 million donation to Everytown for Gun Safety. This is money which Everytown then uses to accomplish Bloomberg’s bidding in states like Washington, where universal background checks were pushed via a ballot initiative in 2014, and Nevada and Maine, both of which witnessed universal background check initiatives in 2016.

And Everytown does not just push gun control at the state level but at the federal level too. They rally behind bills for universal background checks in the wake of mass public attacks, even when background checks have nothing to do with the attack (or even though a given attacker passed checks to acquire his or her guns).  A well-funded Everytown also fights against pro-Second Amendment bills like campus carry, permitless carry, etc.

In addition to the $36 million for Everytown, Bloomberg spend $16.7 million to “[support] governors who favor tighter gun laws.” That represents a total contribution of $52.7 million to the gun control lobby in 2014 alone.