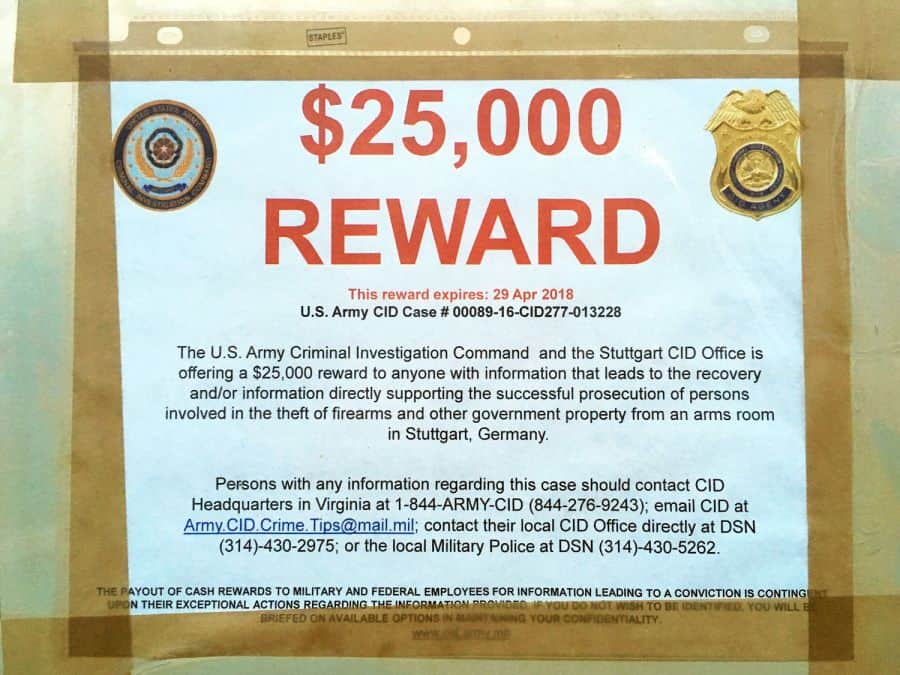 The search continues for information on a small-arms weapons heist from a base here in 2016, military officials said.

Several semi-automatic pistols, one small-caliber automatic rifle and a shotgun were among the items taken in July 2016 from a weapons area at the U.S. Army’s Panzer Kaserne in Boeblingen, a Stuttgart suburb.

In a sign that investigators could be struggling for leads, the military last year increased the reward from $10,000 to $25,000 for information that leads to a successful prosecution.