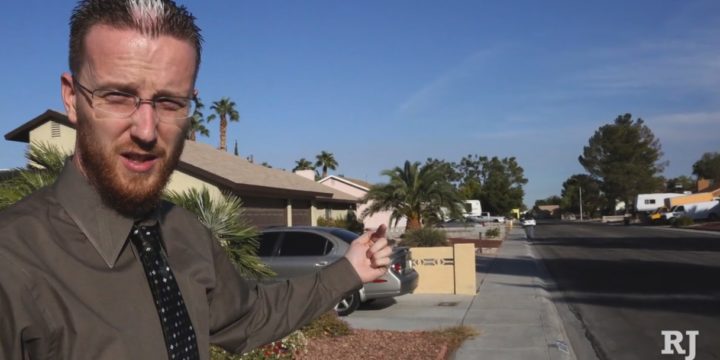 LAS VEGAS, NEVADA — A man who made a habit of carrying his firearm every day is now credited with successfully thwarting an attempted kidnapping in his neighborhood.

That man, Justin Pearson, told his story to reporters;

As he always does before leaving his house, Pearson, a concealed-carry weapon permit holder, put his pistol on his hip. The 911 operator asked for a license plate number, so Pearson moved down the street to get it.

“He had lost control of the car and almost went into a house at the end of the street,” Pearson said. The BMW then turned around and stopped in front of a neighbor’s yard, where a 6-year-old boy was standing.

As Pearson is on the phone with a 911 dispatcher, he sees the man get out of the car and grab the boy.

“He was a very big dude, and I’m not a menacing person by any means,” Pearson said. “I don’t think I could have physically stopped the guy. It would have been super ugly if it was just me versus him.”