Alexandria Attack Survivor Steve Scalise: Being Armed ‘Part of the Fabric of Our Nation’ 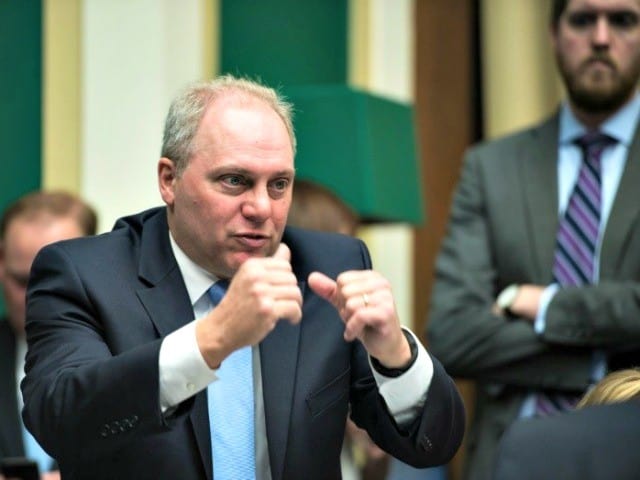 Alexandria Attack Survivor Steve Scalise: Being Armed ‘Part of the Fabric of Our Nation’

During the October 17 airing of Fox & Friends, Rep. Steve Scalise (R-LA) said having firearms and being armed is “part of the fabric of our nation.”

He made this statement in response to a question about where he stood on the Second Amendment considering the fact that he was shot and badly wounded during the June 14 Alexandria attack.

Scalise said, “Look, our Second Amendment rights are critical to what our Founding Fathers envisioned. If you go and look at the writings of our Founding Fathers, they believed strongly in rights of people to arm themselves for self-defense and that’s something that’s still strong today.” He admitted that we see “threats” against the right to self-defense and suggested people “tone down rhetoric.”

He added, “This is part of our Constitution and our country. Go read what Thomas Jefferson wrote; what John Adams wrote about the importance of people having firearms to protect themselves. It’s part of who we are and part of the fabric of our nation.”