Flurry of Gun Bills in Wake of Shootings

Just before the Senate adjourned for August recess, the second highest ranking Senate Republican, John Cornyn of Texas, introduced a bill aimed at tackling a problem that is quickly getting out of hand—the abuse of the National Instant Check System (NICS). 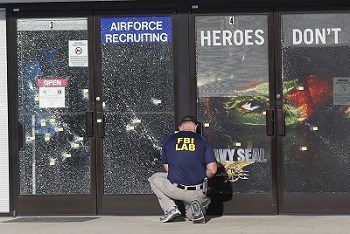 The instant background check system was supposedly going to stop only criminals from purchasing firearms, but is now regularly used to disarm law-abiding Americans.

Gun Owners of America has opposed the federal background check system since its inception both on constitutional grounds and because it laid the foundation for gun owner registration and other dangerous government abuse.

Our fears were justified when, beginning in the 1990s, nearly 200,000 veterans lost their gun rights after the Clinton administration determined that vets who needed help managing their finances were suddenly “prohibited persons.”

Thanks to the NICS system, it’s simply a matter of a few key strokes to pass names from one government agency (in this case, the Veterans Administration) to another.

Our fears were further justified by President Obama’s recent call to use NICS on a grander scale by treating Social Security recipients in the same manner as veterans.

As a result, more than 4.2 million American seniors who have their Social Security checks handled by others are now in danger of losing their gun rights – and that’s just the start. Millions and millions of Medicare and Medicaid recipients could be next.

We truly live in dangerous times for our gun rights, and Obama seems intent on doing everything he can to dismantle the Second Amendment before he leaves office.

The Cornyn bill, S. 2002, attempts to rein in the out-of-control NICS system and reverse the practice of stripping away people’s gun rights without due process of law.

For starters, it would require, at last, an “adjudicatory body” to remove Second Amendment rights rather than simply the word of a government psychiatrist.

Second, it would strip language that allows you to lose your guns because you can’t balance your checkbook.

It is possible, therefore, that 177,000 veterans could get their gun rights back, and millions of seniors’ gun rights could be protected.

While Gun Owners of America sees the positives in S. 2002, we are concerned that the bill treats the anti-gun NICS system as a solution, rather than a problem. Simply spending more money for the states to feed more names into the NICS system never has—and never will—increase public safety.

It still allows your constitutional rights to be taken away by an “adjudicatory body,” which is better than the current situation but less of a protection than a court of law.

The bill continues to allow states which use mental health referrals liberally (as alternatives, for instance, to the criminal justice system) to strip large numbers of citizens of their Second Amendment rights.

It encourages mental health “involuntary commitments” (as a roundabout form of gun control) of people who constitute no danger to themselves or others.

So what’s the solution?

GOA’s position is to pass the best parts of the Cornyn bill, which are also found in other legislation, in addition to quickly passing legislation to repeal gun free zones.

Because let’s face it. Trying to catch criminals through background checks is like searching for a needle in a haystack.

Plus, focusing on NICS plays right into the hands of the anti-gun crowd!

The anti-gun left wants nothing more than to trap pro-gun Members of Congress into the rhetoric that background checks and more government control over the Second Amendment will keep Americans safe.

But if we really want to do something about attacks like the ones that have occurred recently in Louisiana, South Carolina, and Tennessee, consider what they all have in common:

THEY OCCURRED IN GUN FREE ZONES!

It is absurd that military personnel are disarmed on bases and at recruitment centers. We know that these folks are targets of deranged people, yet the government policy is to turn them into *soft* targets.

These gun free zones laws need to be repealed, and repealed quickly.

Any effort to reform the NICS system will ultimately not be effective. Criminals will still get guns, and law-abiding citizens will still be left defenseless.

There are a number of bills GOA supports to achieve these goals, and we are pushing harder than ever to make them a reality.

One bill (H.R. 2001) by Rep. Jeff Miller of Florida accomplishes much of what the Cornyn bill addresses, but without the downside.

H.R. 2001 requires that before a veteran can lose his or her gun rights, they must receive due process in a court of law. This alone will protect veterans, and a similar measure will protect millions of seniors from losing their gun rights.

GOA is working to have this legislation introduced in the Senate as soon as Congress is back in session.

Senators Steve Daines (R-MT), Jerry Moran (R-KS), and Rand Paul (R-KY) have all offered legislation which would allow members of the military to be armed while on duty.

Senator Cornyn also sponsored legislation, S. 498, to promote Constitutional Concealed Carry nationwide. Your right to self-protection doesn’t end at the state line—and neither should your right to carry a concealed firearm.

Why have these bills been allowed to languish in committee when the majority of Americans want to see them passed?

GOA will continue to push these and other bills that will restore lost gun rights and, at the same time, truly keep Americans safer.

We are constantly trying to reach additional pro-gun Americans to bring them into the fight to protect our Second Amendment rights. Your membership in Gun Owners of America helps us do that. If you are not yet a member of GOA, please consider joining today for only $20 for an annual membership.