Written by Gun Owners of America Published: 19 May 2015

— Decision is a win for private property and the Second Amendment

“In protecting an individual right to keep and bear arms, the Second Amendment secures a right of private property in those arms that are protected by the Amendment.” — GOA brief in Henderson v. United States, (p. 19)

The U.S. Supreme Court yesterday decided Henderson v. United States — a case where Gun Owners of America and its foundation have been very active.

The Court’s unanimous (9-0) ruling further protects Second Amendment rights and erects a higher barrier against the confiscation of firearms.

The case involved Tony Henderson, a former Border Patrol agent with a previous pot conviction. Because of his felony, the government tried to take his firearms collection, which totaled more than $3,500.

Gun Owners of America went to bat for Mr. Henderson and argued he should be able to sell his guns, which at the time, were in the FBI’s possession.

After Henderson had been convicted on an unrelated marijuana conviction, he sold his ownership rights in the firearms to an unrelated third party who was legally eligible to possess the firearms. The third party asked the FBI to turn the guns over to the purchaser, but the FBI refused. 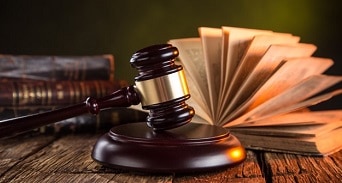 The government used a theory of “constructive possession” to claim that Mr. Henderson’s firearms could not be transferred, even to a third party, without violating the felon-in-possession ban.

The trial court and the court of appeals agreed with this legal fiction, preventing Mr. Henderson from selling his firearms to the unrelated third party.

The high Court held that the government’s “constructive possession” theory was unsustainable and inconsistent with the purpose of the statute, which is a position consistent with our amicus brief.

As a “right protecting against both public and private violence,” GOA argued in its brief, it is an “essential principle” that the Second Amendment protect the right of private property in firearms — otherwise, tyrants would be free to “simply tak[e] away the people’s arms” on the basis of any pretext. (p. 20-21)

The court’s decision is a victory for private property rights, and helps to further erect a barrier against the confiscation of firearms.

The only constraint the Court imposed in this case was that a felon could not sell his collection to someone who later would allow him to control the firearms.

1. Please help support the work of Gun Owners Foundation by giving a gift to GOF. Every dollar goes to protecting the rights of gun owners from Second Amendment infringements!

2. You can also help support Gun Owners Foundation by making your Amazon purchases through Smile.Amazon.com. It’s the same Amazon you already shop in, you are just entering through a portal that results in a percentage of your purchase going to GOF — at NO EXTRA COST TO YOU! Just click on the meme below to get started.

A Couple That Shoots Together, Stays Together: And Stops Thugs