“GOA was the first group to jump in and help with my legal expenses.  They really made a difference.” — Connecticut gun owner (and state senate candidate) Walter Reddy, thanking GOA’s Larry Pratt for helping him to get his guns returned from overzealous prosecutors

There’s been a lot going on around the country, and Gun Owners of America has been at the center of much of it.  We thank our grassroots for their involvement in these efforts and for taking action on our alerts.

While this alert will show where we stand right now, please make sure you see the ACTION ITEM at the bottom.

Gun Owners of America has been working with legislators in several states to prohibit state and local officials from enforcing Barack Obama’s gun control agenda. 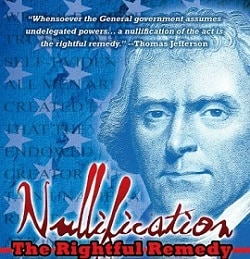 Sadly, in Florida, the sponsors have withdrawn their nullification bill because some “pro-gun” supporters in the grassroots were concerned that the bill was, essentially, too pro-gun.

“Nullification” has become even more important because Barack Obama has decided to throw away the Constitution and the law — and enact gun control by executive fiat.

In four states, Obama is unlawfully requiring reporting of multiple semi-automatic sales, even though such a requirement is illegal under the 1986 McClure-Volkmer Act (18 U.S.C. 923(g)).

The ATF, across the country, is now using its annual inspection of FFL’s to copy all of the contents of 4473’s and bound books to effectively set up a national gun registry, even though McClure-Volkmer clearly outlaws this.  (See here and here.)

Recently promulgated changes by HHS to federal health privacy rules (HIPAA) would set the stage for Obama to illegally impose lifetime gun bans on police and firemen with PTSD, and adults who, as kids, were diagnosed with Attention Deficit and Hyperactivity Disorder (ADHD).

NOTE: The deadline for submitting comments to the Department of Health and Human Services (HHS) is March 10.  You can see GOA’s comments here.

If states don’t stand up to Obama’s ruthless violation of law, it’s pretty clear that Obama’s hand-picked judges aren’t going to do so.

ANTI-GUNNER BLOCKED IN HIS QUEST FOR ASSISTANT ATTORNEY GENERAL

Despite the fact that the Senate blew up its own rules in order to destroy the filibuster — and even though Harry Reid dragged Joe Biden into the Senate in an attempt to cast the “deciding vote” — anti-gunners were not able on Wednesday to trot out the 50 votes needed to break a filibuster of the nomination of Debo Adegbile to be Assistant Attorney General. 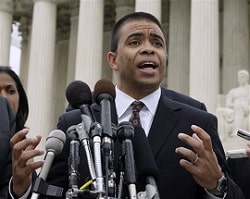 You can see the vote here, where a “NAY” vote is the pro-gun vote.

The anti-gun Adegbile had argued, prior to the Supreme Court’s Heller decision in 2008, that the Second Amendment only applied to militias.  In addition, he had trotted around the world lionizing a cop-killer inmate who had become a hero to the “black power” movement.

An amazing example of civil disobedience is occurring in the state of Connecticut, but the national media is hardly talking about it.

As many as 300,000 law-abiding gun owners have failed to comply with Connecticut’s updated gun registration requirements that passed in the weeks after the Newtown tragedy.

The new registry is an update of older registration requirements that were in place at the time of the tragic shooting — a requirement which turned a school full of Sandy Hook students into “sitting ducks.” 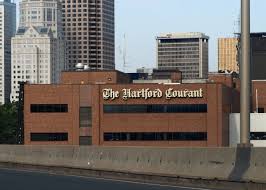 Gov. Daniel Malloy (D) signed the new registry law — together with massive gun and magazine bans — in the presence of cheering Bloomberg supporters.

These gun registration supporters then hopped aboard Air Force One and flew to Washington to lobby for a universal background check system — where they swore they had no interest in imposing a gun registry.  What hypocrisy.

The state’s largest newspaper, the Hartford Courant, has now called for the arrest of the 300,000 non-complying gun owners.

“The bottom line is that the state must try to enforce the law,” the paper opined.  “If you want to disobey the law, you should be prepared to face the consequences.”

And at least one top aide in the Governor’s administration has indicated that the state will punish those who missed the registration deadline.

GOA’s Political Victory Fund will be looking for opportunities to support good, pro-gun candidates who will change the electoral map in Connecticut.

GOA HELPS WIN BACK THE GUNS OF GUN RIGHTS ACTIVIST

Speaking of Connecticut, GOA’s related foundation (GOF) helped one state candidate, Walter Reddy, to get his guns back recently.

Reddy was shoveling snow in his Connecticut driveway in April, 2011, when a multi-agency task force assaulted him — and with a gun to his head, ordered him to surrender a shotgun he had inside. 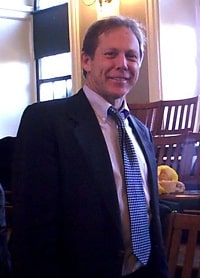 No warrant was presented, and a police detective would later lie on the witness stand, claiming that police had confiscated an illegal Street Sweeper shotgun from Reddy’s home.

However, the supposed shotgun was never presented in court as evidence — nor was any picture of the weapon ever produced.  The fact is, Reddy didn’t even own a Street Sweeper.

Gun Owners assisted Reddy’s defense by, among other things, providing detailed information which debunked the idea that any of Reddy’s guns could be classified as an illegal shotgun.

After a year of harassing Reddy, the state finally dropped the case and Reddy’s guns have been returned to him.  Readers can see GOA’s current case load by going here.

Walter has now announced his candidacy to run against his Republican state senator who voted for Connecticut’s recent gun registration law.  More information about his campaign is at http://walterreddyforstatesenate.com.

Reddy, who was recently interviewed by GOA’s Larry Pratt on his weekly News Hour program, said other Republicans who voted for the anti-Second Amendment law are also being primaried.

On this upcoming show — which will air live on March 8 — Reddy discusses the civil disobedience that is occurring in the state and confirms reports that upwards of 300,000 firearms have not been registered by defiant gun owners.

Eric Holder’s justice department will shortly announce NICS changes, which would result in the permanent seizure of large numbers of firearms by executive fiat — and make it harder for gun owners to get their seized firearms back. 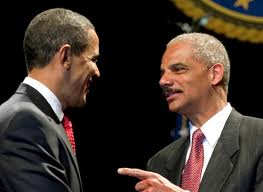 Regularly, GOA receives pleas from members who have had guns seized by police, both legally and illegally. The common thread is that law enforcement is seldom cooperative in returning the firearms.

Sometimes police challenge the gun owners to “sue us.” And when there is a form and a procedure, authorities frequently ignore deadlines to respond.

Under Obama’s proposed changes, most gun owners with seized guns would have to go through a new NICS check. Since 8% of NICS checks produce “yellow” responses — and 95% of these are false negatives — you can be sure that few of these 8% are ever going to get their seized guns back.

In addition, Obama would create a centralized computerized registry of veterans and others who failed background checks.

Gun Owners of America will ask Congress to defund these lawless and unconstitutional actions.

ACTION: Contact the three key players in the House Appropriations Subcommittee, who have the power to include legislation to “defund” Obama’s anti-gun Executive Actions in the appropriations bills that will be moving over the next few weeks.

Rep. Harris, the most actively pro-gun member of the subcommittee

I urge you to include legislation to “defund” Obama’s anti-gun Executive Actions in the appropriations bills that will be moving over the next few weeks.

Eric Holder’s justice department will shortly announce NICS changes that would result in the permanent seizure of large numbers of firearms by executive fiat — and make it harder for gun owners to get their seized firearms back.

Regularly, Gun Owners of America receives pleas from its members who have had guns seized by police, both legally and illegally. The common thread is that law enforcement is seldom cooperative in returning the firearms.

Sometimes police challenge the gun owners to “sue us.” And when there is a form and a procedure, authorities frequently ignore deadlines to respond.

Under Obama’s proposed changes, most gun owners with seized guns would have to go through a new NICS check. Since 8% of NICS checks produce “yellow” responses — and 95% of these are false negatives — you can be sure that few of these 8% are ever going to get their seized guns back.

In addition, Obama’s unilateral actions would create a centralized computerized registry of veterans and others who failed background checks.

Paid for by GOA

This message was made independent of any candidate or political party.