“If anyone needed any more proof that [the ATF] has become a politicized repository of liberal anti-gun hacks, your proposed effort to effectively ban AR-15’s by illegally banning AR-15 ammunition has cleared up any doubt.” — GOA Comments that were officially submitted to ATF

In a stunning new development, the ATF has announced today that it will “formally delay” the implementation of its ammo ban, in the face of 80,000 comments which were overwhelmingly negative. 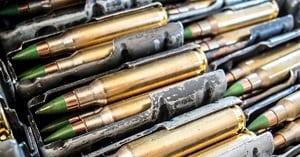 Supposedly, gun owners had until March 16 to send comments to ATF. But then, lo and behold, the AR-15 ammunition in question turned up (last week) on an ATF list of ammunition indicating that it had ALREADY BEEN BANNED. Oops!

The ATF claimed this was a “publishing error.”  But the only “error” the lying agency made was to telegraph its firm intention before the comment period was closed.  It was like the bizarre world of Lewis Carroll’s Alice in Wonderland:  First the sentence; then the trial.

ATF cries “uncle” after getting hammered from the public

The agency is now crying “uncle,” in the face of thousands upon thousands of negative comments from gun owners all around the country — including more than 200 congressmen.

Although ATF endeavored to create a proposal that reflected a good faith interpretation of the law and balanced the interests of law enforcement, industry, and sportsmen, the vast majority of the comments received to date are critical of the framework, and include issues that deserve further study.

So now the question becomes:  Is this a genuine retreat, or just a “tactical retreat,” as we saw with Operation Choke Point?  In that case, the federal government removed gun dealers from its “risky business list,” but continue to persecute them under that program on a case-by-case basis.

And, finally, what about the ban on Russian-made 7N6 ammo, which is not reversed by ATF’s reversal?

Our answer to both of these questions is that we need to keep up the pressure — and not trust ATF’s purported “change of heart.”

GOA will keep watching the ATF and alert you to any future attempts to slip a ban by the American people.

Your grassroots efforts have been phenomenal!!!

In the past couple of weeks, GOA had warned millions of Americans to the dangers of the AR-15 ammo ban through our website and Facebook pages, and appeared in several media outlets as well.

You can listen to (or read) some of the interviews with GOA spokesmen here:

* GOA lays out strategy for defeating the ban on AR-15 ammunition, March 4, 2015.  NOTE: Click on the “WND/Radio America” link half way down the page to hear the interview with GOA’s legislative counsel Michael Hammond.

This has been a team effort.  And we thank you for all your participation.

For now, pat yourselves on the back — your hard work in lobbying Congress and sending your comments to the ATF has paid off!