While Senate Confirms Murthy Nomination, Getting Rid of Reid was Worth the High Cost

We’re not going to tell you we’re happy about the way things have gone in Congress the last week.

Obama’s anti-gun executive actions were funded until September 30, and anti-gun political hack Vivek Murthy was confirmed as Surgeon General by a 51-43 largely party-line vote. (See how your legislators voted below.)

It was hardly unexpected. 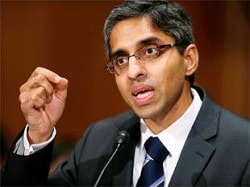 And these former “friends of the Second Amendment” gave us a nice knife-in-the-back on their way out the door.  This is the reason you never get too close to a rabid dog.

But for those who are feeling down-in-the-dumps, we would make four points:

FIRST, WE WON THE TWO CRUCIAL BATTLES THAT MATTERED.

We sent Harry Reid and his cadre of clowns swirling down the toilet bowl of history.  And we have set up an electoral template that will ensure that they don’t regain power in 2016.

In addition, we killed Obama’s legislative gun control agenda. Had we lost the battle against Universal Gun Registration — a.k.a., the Toomey-Manchin background checks — it would have been a serious setback.  But we didn’t, and it wasn’t.

SECOND, WE CREATED, FROM SCRATCH, A REBEL ARMY IN THE HOUSE THAT IS READY TO BOLT AGAINST JOHN BOEHNER’S PERFIDY.

When we started fighting the unconstitutional, anti-gun Cromnibus, every indication was that we would get zero Republican votes.  Zero.

Instead, after a loud and boisterous grassroots campaign, we got 67 — almost a third of the caucus.  And by forcing Boehner to spend an entire day begging, one-by-one, for votes, this means that Boehner will be in less of a position to betray us on an unconstitutional, anti-gun amnesty bill.

THIRD, ELEMENTS OF THE PRO-GUN MOVEMENT ARE NOW CONSIDERABLY LESS LIKELY TO SUPPORT ANTI-GUN DEMOCRATS LIKE HARRY REID, JOE MANCHIN, AND MARK BEGICH, AS THEY DID BEFORE.

Save for three exceptions, all Senate Democrats voted for the anti-gun Murthy.  And of the three Democrats who voted pro-gun, two of them are being discussed as gubernatorial candidates in two years.  This means we are facing the old pattern in which “red state Democrats” will only vote pro-gun if they are facing an upcoming election.  Otherwise, they revert to voting anti-gun.

The good news is that this pattern has now become painfully obvious to virtually all of the gun movement.  So, hopefully, other gun groups won’t be fooled into supporting anti-gun Democrats and acting as the instrumentalities of their own defeat.

FOURTH, NOW VIVEK MURTHY IS SO DISCREDITED THAT NO ONE IS GOING TO BELIEVE THE GARBAGE SPEWING OUT OF HIS MOUTH OVER THE NEXT TWO YEARS.

Gun Owners of America has always believed that the Second Amendment is worth fighting for, even when we are faced with huge odds.  The battle over Obama’s legislative gun control — and the Toomey-Manchin background checks — was initially viewed as hopeless.  Yet, we won it, and the importance of that victory was transformational.

We also would have liked to defeat Harry Reid’s scheme to confirm Vivek Murthy.  And, while we don’t like to lose, there have been a lot of benefits which have flowed from undertaking the battle.

In a few months, the government-funding bills for the “fiscal year” running from October 1, 2015, through September 30, 2016, will begin to move.  It will be “a new season.”  And we will start fresh with another opportunity to block Obama’s unconstitutional, anti-gun “executive actions.”

We hope you will be with us in the fight.

ACTION: Click on the links below to see how your legislators voted.  If they voted to support the Constitution, then thank them.  If they voted wrong, then express your disappointment.  You can see they voted here:

NOTE:  The cromnibus bill number is HR 83.  But be warned:  The description of the bill refers to the tiny legislative vehicle on which the gigantic funding bill was attached for parliamentary reasons.  So just realize that the votes you are viewing in actuality refer to the vote on the 1,600 page amendment funding the entire government.