Much to be Thankful for This Thanksgiving

{flike}
Much to be Thankful for This Thanksgiving
“We may then all unite in rendering unto Him our sincere and humble thanks….” —President George Washington, October 3, 1789
This year, gun owners have been in the fight of our lives.
The President of the United States used all his power and ability in a fierce attempt to ram gun control down the throats of the American people.
The media relentlessly supported his cause, repeatedly telling Americans that the Sandy Hook shooting last December had changed everything … that the “tide had turned” … and that Americans were now in favor of more gun control.
At points during the battle, many gun owners may have felt like their forefathers of old who suffered at Valley Forge — disheartened, ill-equipped and facing a much larger enemy.
But, as is often the case, the victory does not go to the loudest.  And to date, the President has been frustrated beyond belief in his attempts to eviscerate the Second Amendment.
As recently as Sunday, MSNBC weepingly pronounced the death of gun control for the 113th Congress.
Your support has made a tremendous difference in this fight this year! 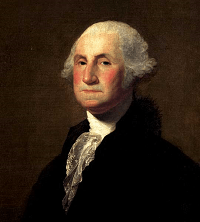 In 1789, President George Washington recognized from whence their Ultimate Help had come in defeating the British, in establishing a Constitution, and realizing the tremendous liberty they were then enjoying.
We should do no less this Thanksgiving, as we consider the monumental opposition that we have overcome in defending the Second Amendment.
Not only that, we want to thank you for all your hard work.
And thank you for all your support, which has kept GOA on the front lines!
As members of GOA’s grassroots network, you have fought alongside us every step of the way.  And the results have been astounding.
Consider what the anti-gun Left had to say about GOA’s involvement this year:
* “Democrats blame ‘Gun Owners of America’ for gun control setback” — TPM, April 8, 2013.
* “[GOA] pushes the NRA [to the right] and makes it hard for the NRA to be reasonable.” — Senator Harry Reid, April 6, 2013
* “Gun Owners of America was the most active outside group in early efforts to block all gun control efforts.” — The Examiner, April 28, 2013
* “Upstart group [GOA] pushes harder than the NRA” — New York Times, April 3, 2013.
Your support has ticked off the media this year!
It was the New York Times that lamented how GOA was “successful [in] freezing senators, particularly Republicans” from supporting gun controls like expanded background checks.
Bottom line:  Gun owners were able to defeat every word of gun control that came down the pike — and it was thanks to gun owners like you who send us to Washington to lobby on your behalf.
Thank you for helping support us on the front lines this year!
Our successful fight to kill the Feinstein semi-auto ban … to prevent limits on magazine capacity … to defeat attempts at banning private sales of firearms … were all just the tip of the iceberg.
And while our victories from earlier this year were welcome news, we must recognize the battle is not over.
Senator Harry Reid wants to pack the courts with liberal judges who will gut the Second Amendment and uphold ObamaCare — to the detriment of gun owners nationwide.
And the President is just one well-publicized shooting away from re-launching his failed gun control agenda.
Next month, you can be sure that the media will try to jumpstart the gun control issue as it memorializes the tragic Sandy Hook shooting.
But GOA will not be silent.  You can find us on the web … on Facebook … and on InstaGram.
We will be rallying the troops to keep the heat on Congress.  And we hope that, as Christmas approaches, you will consider gifting a GOA membership to your family and friends, so that we will increase our voice in Washington.
We need you — and them — in the fight!
Finally, as promised in an earlier alert, here are a couple of interviews that GOA has done recently — interviews we think you’ll enjoy:
* http://www.youtube.com/watch?v=sBxWKZZlzS0
* http://www.youtube.com/watch?v=F2Q9MtNMLhI
From all of us here at Gun Owners of America:  Have a blessed Thanksgiving this Thursday!