It’s hard to overstate the crisis that was averted last night with the election of Donald Trump … the defeat of gun-grabbing Hillary Clinton … and the refusal to give Chuck Schumer control of the U.S. Senate.

If Hillary won, as most of the “experts” predicted, the Supreme Court would have been stacked against gun rights for a generation. 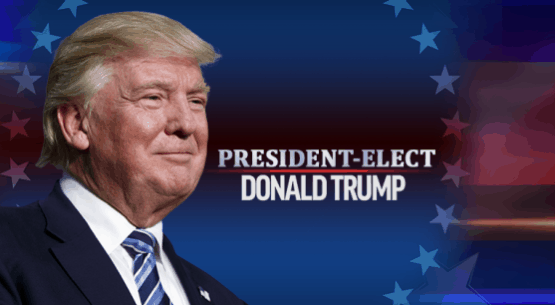 The push to ratify the UN Arms Trade Treaty would have picked up steam.

A new ban on semi-automatic firearms would be on the table, as would an expansion of the rest of the Obama-Bloomberg-Clinton gun control agenda.

But in blue states like Pennsylvania, Michigan, and Wisconsin, gun owners came out in large numbers to defeat Hillary Clinton.

This is a triumph of gun rights advocates over those who would destroy the Second Amendment.

In addition, many GOA-backed candidates were victorious in their congressional races.

So our task now is two-fold: Make sure the Republicans leaders undo the damage done by Obama.

And secondly, to advance gun rights so that we can see some actual gains for all of our electoral efforts.

Republicans have rarely controlled both the Congress and White House in the past 100 years. So this election is extremely significant.

And this means we have some unique opportunities that will start even before President-elect Trump and the new Congress are sworn in.

Congress must pass spending bills during a lame-duck session.

Will the Republican leaders defund the anti-gun ObamaCare law and Obama’s anti-gun executive actions, or will they refuse to stand up to this president — as they have so often in the past?

Then in January, the real work begins.

Obama did a lot of damage to the Second Amendment with his “phone and his pen” through Executive Orders.

Donald Trump campaigned on a promise to repeal “every single Obama executive order,” which should start on day one.

GOA has already mailed postcards for our members to send to Trump urging him to do just that.

If you are not receiving GOA’s alerts — an essential part of our lobbying strategy that arms activists like yourself with postcards — you can start receiving them by going here.

Republicans in the U.S. Senate will have to stand up to the new Minority Leader, New York’s Sen. Chuck Schumer, and confirm a Supreme Court Justice who will uphold the important Heller and McDonald decisions protecting the Second Amendment as an individual right.

The new Congress now will have no excuse not to pass a concealed carry reciprocity bill that supports Constitutional Carry. Your right to self-defense doesn’t end at the state line, but anti-gun states routinely deny you of that right when you travel.

So-called gun free zones laws should be repealed immediately. Such laws only create a safe environment for criminals and terrorists.

This is just the low-hanging fruit.  Such bills should have been passed already, but weak leaders have used the excuse that Obama would only veto the legislation.  That excuse is now gone.

GOA has an ambitious agenda for the new Congress, but it has to start with reversing the damage done by Obama.

Please stand with us. It will be an exciting ride!

P.S. The nastiness of campaigning is over; now the hard work of governing begins.

GOA is encouraging President-elect Trump to repeal ALL of Obama’s anti-gun executive actions, for the Congress to put a constitutional carry-friendly reciprocity bill on the president’s desk, and to defund Obama’s gun control during the lame-duck session of Congress.