Obama: “I Will Not Negotiate”

Perhaps you ought to reconsider that stance, Mr. President

Obama: “I Will Not Negotiate”

— Key to winning fight against anti-gun ObamaCare rests with House
“It is abundantly clear that Harry Reid wants a shutdown. And now he’s gotten the shutdown that the wants.” — Senator Ted Cruz, October 1, 2013
Like a bully in the school playground, Barack Obama, Democratic Leader Harry Reid, and their media cronies are demanding Republicans’ lunch money — all of it — or they are threatening to beat them to a bloody pulp.
Our answer: “Make my day!”
In a rabid speech, Obama refused to negotiate over anything concerning the anti-gun ObamaCare law, notwithstanding the fact that even USA Today begrudgingly conceded this morning that it was a “rocky rollout” — and that none of the health “exchanges” were ready to go on time.
Harry Reid echoed Obama. “They try to send us something back, they’re spinning their wheels,” Reid sputtered back. 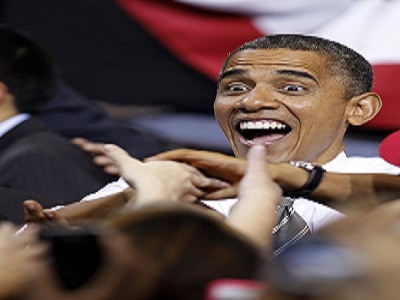 Refusing to come to the table, Obama and Reid are counting on their media lapdogs to blame Republicans for not being reasonable.
But, yesterday, the House did exactly the right thing: It sent the Senate a government funding bill with a one-year delay of the unpopular mandate and a suspension of the illegal Obama-granted special ObamaCare exemption for Congress. It also suspended the destructive and unpopular “medical device tax.”
But every Obama-owned institution in Washington is putting incredible pressure on the House to cave. So they need to hear from you.
ACTION: Click here to Contact your congressman and urge him to hold firm on the House position on ObamaCare.