ACTION: Click here to send a pre-written letter to your Senators. Rebuke those who supported Loretta Lynch, but thank those who opposed her. Urge your Senators to use the congressional “power of the purse” to remove the funding for every single one of Lynch’s new, anti-gun regulations.

Last week, GOA briefly told you about the Obama Administration’s most recent assault on gun owners. It is the so-called “Unified Agenda” containing 12 proposed anti-gun regulations being planned by the Justice Department.

The revelation of this “Unified Agenda” prompted a Fox News discussion last week, where GOA Executive Director Larry Pratt debated an anti-gun (Bloomberg) spokesman. You can view that debate here.

Sadly, this is one of those “we told them so” moments, where gun owners nationwide warned Republican Senators that a Department of Justice run by Loretta Lynch would be no more favorable to us than it had been under Eric Holder. 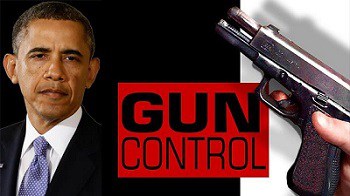 For nearly a month, gun owners like you fought to prevent the confirmation of Lynch to be Attorney General of the United States.

But despite withering pressure from the grassroots, Senators like Orrin Hatch of Utah and Mitch McConnell of Kentucky thought they knew better than the “fools” who elected them.

So 20 Republicans voted to break the filibuster against Lynch. And having been confirmed as the new A.G., Lynch “rewarded” them with a big, fat, obscene gesture.

Hence, the first gun-related action of the Obama administration following her swearing-in was the May 22nd publication of a “Unified Agenda” containing 12 proposed anti-gun regulations being planned by the Justice Department.

To summarize the deliberately vague proposals, they include:

* Ignoring statutory law, and treating trusts that hold machine guns in the same way that individual holders are treated;

* Expanding provisions which strip the ability of battered wives (or husbands) to defend themselves from abusive spouses;

* Expanding the rights of people who came to this country illegally, which as GOA has pointed out in previous alerts, reflects the President’s apparent desire to import millions of additional anti-gun voters.

To be fair, all of this was “in the works” back when Holder was in charge. But had Lynch objected to the agenda, it would have been pulled. Hence, Lynch is living up to precisely the role we predicted for her: an “Eric Holder in a skirt” who, unlike Holder, may one day be in line for a Supreme Court seat.

ACTION: Contact your Senators to rebuke those who supported Lynch and to thank those who opposed her. Urge them to use the congressional “power of the purse” to remove the funding for every single one of Lynch’s new, anti-gun regulations.