July 14th UPDATE:  We have added several dozen new cosponsors over the past month!  So look at the list of Representatives below.  If yours is not listed, please call 202-225-3121 and urge him or her to cosponsor HR 923 — legislation to protect Constitutional Carry and reciprocity.

With your help over the past month, we have been able to get several dozen new cosponsors to legislation that will protect Constitutional Carry and reciprocity. 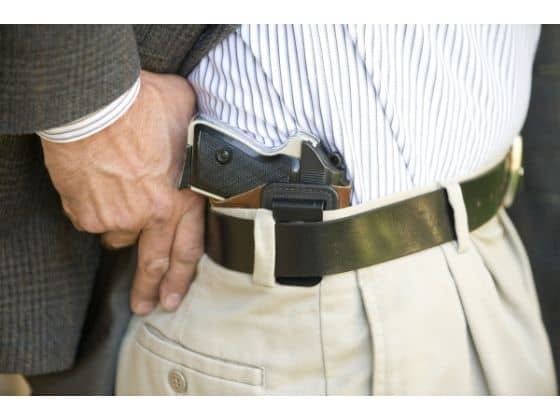 This legislation will protect your right to carry concealed outside of your home state, whether you live in a Constitutional Carry state or not.

But the fact that it would protect citizens from Constitutional Carry states — enabling these gun owners to carry around the country without getting permits — is what makes HR 923 THE BEST reciprocity bill in the House of Representatives.

Currently, there are 11 states that have permitless carry, and even more states are looking to join the “Constitutional Carry” club.

This is why your help is needed.

We need to get several more cosponsors on this bill to let the House leadership know that reciprocity and Constitutional Carry is important to grassroots gun owners.

The Representatives listed below have ALREADY cosponsored this bill and should be THANKED.  (This list has been updated as of July 14, 2016.)

Thank you for your help. Your calls are making a difference!