Time to Act, as the Supreme Court Hangs in the Balance!

Please Click on the Take Action button to urge your two Senators to reject any filibuster of the Neil Gorsuch nomination — and to vote for him as the Court’s next Justice.  Or you can call your Senators at 202-224-3121.

This is a big week in Washington, D.C. 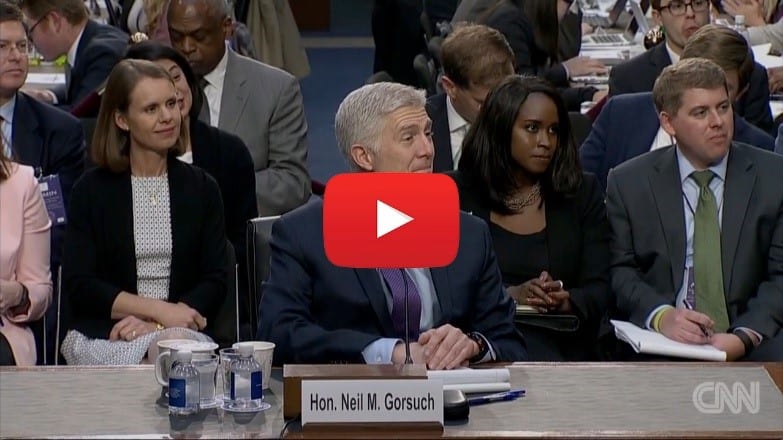 I know that for many GOA members, their vote for President in November came down to one issue — and one issue alone.

Which candidate would select our next Supreme Court Justice?

With President Trump’s election — and subsequent selection of Judge Neil Gorsuch — a constitutionalist judge is just a few votes away from donning his black robes on the Court.

The Senate is now expected to vote on his nomination on Friday.

So your immediate action is requested.

Please contact your two Senators and urge them to reject any filibuster of the Gorsuch nomination — and to vote for him as the Court’s next Justice.

You can see reasons why GOA supports Gorsuch here.

Plus, what GOA has been saying to the media here.

And you can view GOA’s YouTube video that has been calling people on Social Media to take action in support of Gorsuch.

P.S. Please forward this alert to your pro-gun family and friends — and contact your U.S. Senators, urging them to support the confirmation of Neil Gorsuch to the Supreme Court.

One dead, another injured in armed robbery of Triad game store