Congressman Asking for Help to Advance His Pro-Gun Bill

Click on the TAKE ACTION button and urge your congressman to call Rep. Frank Guinta to become an original cosponsor of the interstate firearms purchase bill.

It’s no longer the Nineteenth Century.  And a dealer who wants to “clear” a firearms purchase through the useless Washington bureaucracy can contact the FBI (or any state) in a fraction of a second.

So it’s become an incredible anachronism that a New Jersey resident can’t purchase a rare handgun from a Connecticut dealer 50 miles away, unless the purchase is intermediated by two separate licensees — the one from Connecticut AND one from New Jersey. 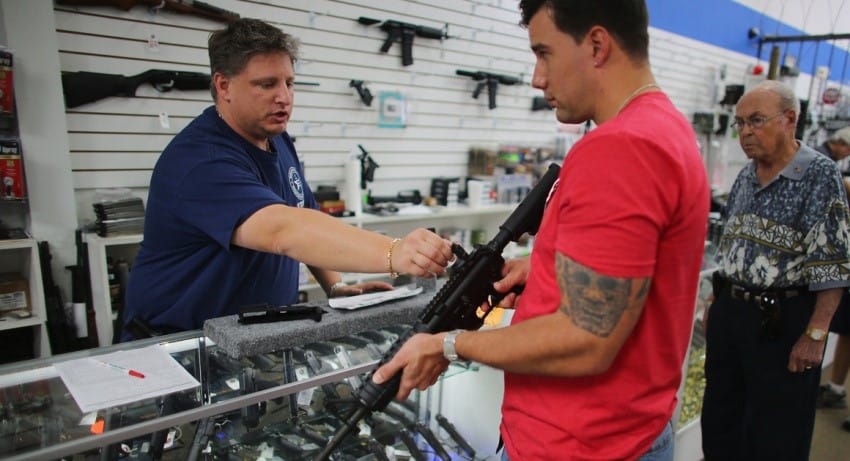 Even Congress understands that this is stupid.  And Congress has a high threshold for tolerating stupidity.

So, for several years, both the House and the Senate have had legislation which would expand 18 U.S.C. 922(b)(3), which currently allows interstate purchase of long guns from another state.

The new legislation would expand that provision to apply to both handguns and long guns purchased from a dealer in another state.

This year, that legislation is being introduced by Congressman Frank Guinta of New Hampshire.

Guinta plans to introduce the bill after the congressional spring break, and, at the request of Gun Owners of America, he has agreed to hold off from introducing the bill right away in order to give members an opportunity to sign on as original cosponsors.

Weaker legislation on the same subject has already been introduced in the House.

But we would urge congressmen to sign onto the Guinta bill, whether or not they are cosponsors of the more tepid legislation.

This is because Guinta, unlike other bills, would allow a New Yorker or an Illinoisan to purchase a gun in Montana — and keep it in Montana — without giving New York or Illinois the opportunity to screw up the purchase.

If the purchaser takes the gun back to New York or Illinois, sure, he would have to comply with all the oppressive legal requirements of his home state.

But if the intention is to keep the gun in Montana in, for instance, his cousin’s hunting lodge, there is no purpose or interest in allowing a state to block the purchase, even if it never has anything to do with the gun.

So there is no reason to go through all of the effort necessary to pass interstate purchase, only to leave an enormous loophole which allows every anti-gun state in the country to circumvent its provisions.

Please contact your congressman.  Urge him or her to call Congressman Frank Guinta and become an original cosponsor of the interstate firearms purchase bill, which is still unnumbered.