Here’s where we are on Obama's gun control proposals

Where we stand and where we are going! 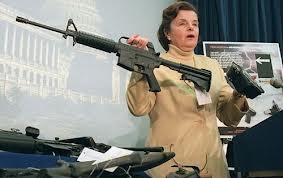 As we see it, the chief strategic objective is now to keep gun control votes from coming to the Senate floor by opposing the “motion to proceed” to any bill which is going to be used as a vehicle for gun votes.

ACTION: Click here to contact your senator. Ask him to oppose any motion to proceed – by filibuster if necessary – to the Feinstein gun ban, the universal gun registry bill, the Veterans Gun Ban (S. 54), or to any other piece of legislation being brought up as a vehicle for votes on these anti-gun proposals.